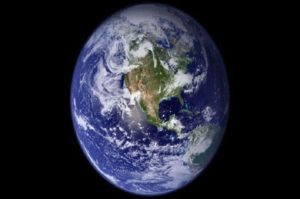 I would love to add to the Scottish mythological status of maws; but I can’t. My mother was many things, but a soothsayer of Scots sayings was not one of them. She did not come out with pithy wisdom on a regular basis which was sorely tested by me as an adult. Such tests were designed by default to deny the absolute truth to which we youngsters had been exposed; because as a youth, we are all geniuses of life as it is currently lived.

It was therefore many a year later that I heard the phrase, mony a mickle maks a muckle.

I think I am seeing the sense of that now.

Globally, we are in a monetary spin.

Over in the US, we hear, there are gas prices biting the ordinary US citizen’s pockets. There are, of course many politicians, economists and soothsayers of the right and left filled with what the causes are and what drastic action needs to be taken to solve the crisis OR help the poor unfortunates who are struggling to make a decision – to eat or heat their home, or to travel to work.

There are some people who struggle to work out why this is happening. Collectively we tend to call them, the British Government.

And so, as Joe Biden calls for petrol tax holidays to help people pay for their gas, get past the worst of the crisis and allow the ordinary Joe, as opposed to the Presidential ones, to afford to live, there are plenty scoffing at such nonsense. Nice of him to suggest it I suppose. There are plenty of people who think this will have limited effect.

Inaction by government is a key feature of a lot of capitalist governments as they believe that people should take individual responsibility for themselves. The idea that people cannot be independently functioning units is anathema to conservative commentators who attack the work shy, the mentally ill, the immigrant, the colored, the inferior, and so it goes on. The depth of their conservatism can be tested by their prejudice. In essence somewhere along the line they believe that the poor are poor through no fault of the rich, but because of the poor being unwilling: unwilling to do anything about being poor.

They believe that if they would just reorganize their finances, get a job, believe in the American Dream and work hard enough – guess what? They stop being poor.

They buy into mony a mickle maks a muckle, but they misunderstand its meaning.

To make something you must begin with the raw material. When you are homeless or born into abject poverty or a broken and economically exploited family you need far more than determination to get out of the circumstances into which you have been thrust.

It needs one of those intervention things. Not the type that gets poor people into a room to be shown the error of their ways but one of those interventions which includes giving people support – a mickle – which may be massive – a subsidized clean and secure home, financial security upon which to build, free health care to allow them to live and contribute to their community and then the economy – or little – like a gas tax cut or lifting taxes on the import of solar panels or a windfall tax on energy company profits. But it is bound in a principal. And that principal is also bound in a Scots phrase from my compatriot, Rabbie Burns.

We are aw Jock Tamson’s Bairns.

For the religious it means we are all God’s creatures. For the non-religious, it means that we are human, and we must recognize that a society is judged not on how it supports and lauds its successful but how it treats and supports its less fortunate. By helping people there shall be some who do not take advantage of the opportunity. They shall exploit and abuse the system and will be put on front pages of conservative newspapers, headline conservative news stories aimed at shaming the poor. The poor do not have the power to challenge this. Belief in the big picture is required because for everyone who does not take the handouts and work them, there shall be thousands who do, because people are generally good when they are treated well. Belief in the big picture is needed because doing nothing whilst others suffer is un-Christian. It is contrary to each and every religion I know, and probably every form of spiritualism I don’t. But to have belief in a Big Picture, you need a Big Picture. From over here, it looks like Joe Biden might have one, an imperfect one maybe, but there is one. Donald Trump had one. Mainly drawn in crayon and stuck on his fridge, but he has one for you, if you want him to share it. It is not a good one. But there are God fearing Christians throughout the US who believe in it. And they should fear their God.

Those conservatives who kneel at an altar of Christ and listen to his helping the poor and then go outside and then attack people less fortunate than themselves, reminds me of another saying. This time it comes from the Bible and involves a camel, a needle and rich people struggling to enter the kingdom of heaven. I shall not use it here – look it up and do your own research!
A view from the new Kailyard or, how you look over there, from over here…