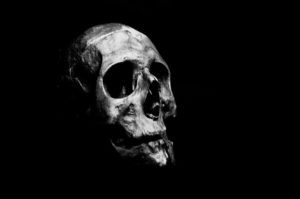 I texted my childhood friend a bit ago. We’d grown up to be “Comadres”, a typical Spanish word meaning; well, exactly what it says: “Co-parent”. It is used to reference Christian Godparents, those who go on record to be your children’s secondary spiritual guides. She’d been present; along with our other friend, Druanne Canterbury, AKA., Dru or Drudy, while my daughter emerged into this reality.

Dru; a twenty-five year old recently widowed mother, lived across our street from our building with her five sons, ranging in ages from 6 months to 9 years old. She worked so many jobs and shifts, she was any baby-sitters dream. Seven years older than my newly minted age of eighteen, she was almost “our age”.

On May 2nd, ’82, when I awoke early and realized I was in labor, instead of turning to the husband society would expect to be in our shared bed, and saying: “Honey, it’s time”, I was shaking my sister awake in our shared king bed, who called Lainey next door, who called Drudy, across the street.

One called for a car, the other was running over to my mom’s apartment right below hers, to grab my pre-packed hospital luggage, which included my pre pregnancy jeans and clothing, while my sister helped me and my mom stayed home and cared for everyone’s kids.

I was still duck walking to the curb when my three brainiac “sorors” jumped in the cab. The driver; not realising I was still hobbling and stopping twenty feet from the vehicle, took off without me. It hurt to laugh but laugh I did, which was speeding up the contractions and: Ooh, what a day! What a moment. The driver had to back up and pick me up. The “sisters” got out dying of laughter. I got in dying from the fear! Hullo! What would come next.

Druanne, not one to mince words, had said:

“Oh, it feels like you’ve got to take a wicked one, but you’re nowhere near a bathroom so you have to hold it and that’s the worst part.” I can still hear her laughter as she said it. “You can’t go. You can’t go, man! It sucks! It truly sucks. But when you’re finally getting to that comode and they tell you it’s OK to push? Oh, My God. It feels so good. It HURTS so good and then, before you know it, you’re holding your son! You’ll see!”

What came next was all of us happily playing black-jack in the labor room in between counting contractions.

My sister, Alicia, Lainey and Druanne, welcomed an emerging baby girl into the world with tons of laughter, sisterly love, a winning black jack hand for me and three people yelling “Push” and “Come on, Baby Jamie, you can do it!”

For some unknown reason, when it came time for JL and I to perform an episiotomy thanks to her actual “crowning glory”, I envisioned myself running with a football tucked under my arm to the touchdown space. My daughter, Jamie, came into the world to the tune of “Paranoia Destroyer ” by the “Kinks”. I’d put together my birth playlist during my pregnancy and “STOP! STAY IN CONTROL!” was one of my many Lamaze Birthing Songs.

Whenever I think of Lainey or Dru; who I’d just spent two hours chilling with via video calling two weeks prior, I instantly smile. They hold my late teen/early adult-hood in their hearts.

Laughter, baking, baseball games with the boys. I remember Warriors, that being Alicia, Lainey, Drudy and myself, tackling insane exes at the door past midnight, knocking back every gossip and slanderous comment about us with raucus laughter and multiple “shot, shot, shots” of Southern Comfort. Yes, that’s right! We’re family. Get Over It! We’re all we had — each other, our children and our own mothers who ironically had raised us all single-handedly, by choice, widowed or divorced. There was no mistake in the fact that each of us was a force to be reckoned with — alone, but together, we were a village raising our children as one family, although there wasn’t a speck of blood between us with the obvious exception of my sister and I.

A few years after we had all established our next adventures, met mates, married and moved on, Druanne met an actual Knight in Shining Armor at work. This Guy, Billy DiChiara, a new chef at her workplace, fell in love with Druanne, her five boys and with five boys and the grandmother, “Ga-Ga” AKA “THE GOG”, in tow, they got married, moved to California, had three more children, including a set of twins and lived happily ever after. The boys finally had a wonderful, loving Daddy figure again, who was as sweet as pie, compassionate as ever and shared the gift of infectious laughter and unconditional love that Drudy was well known for.

On May 29th, 2022, I received a call from Dru’s number. I instinctively answered in Warrior Mode. ‘Hey, Drudy, WatUp?’

That’s NY-SPEAK for “What’s up?”, what’s going on? It must be an emergency, cuz it’s late. Let me take off my earrings, get the vaseline, stilettos and purse. Who’s ass do we have to tame?”

Instead, it was her Knight in Shining Armor, Billy, with the news that Drudy had joined the party on the Other Side. I was stunned. One more down, three to go, bottom of the sixth.

Dru had tested positive for Covid-19 the day before, although fully vaxed and boosted. She didn’t feel so hot so she laid down to take a nap and returned to Forever. She was gone in less than 24 hours after the diagnose.

I always ask those who have departed to let me know when they get to heaven. They do. My mother, whose first name was Mercedes, plays Pebbles’ “Mercedes Boy”, whenever she wants to say hello. I’m cool with it. My sister will blast Tom Rundgren’s, “Hello, It’s Me,” from any nearby stereo or amplifier at random times.”

I walked over to my car and opened the door which instantly turns on the music. The station it was on was the gentle Sirius XM Spa sounds of whatever; however, as I could’ve bet a monkey and won, those two previously mentioned songs jumped out at me one after an other on a station that would never have played them. I sat there, too stunned to react, until the third random song came on: “Johnny, Be Good.”

Little John, or “LJ”, as we knew him by, was Dru’s third son, whose life was cut short by an accidental shooting, at home. LJ was the fire on the firecracker. We were all devastated when he passed years ago. Dru never recovered from that loss; so, finally hearing that song brought the cosmic knowledge that our little neighborhood’s inhabitants were somehow all together. My mom and sister had welcomed Drudy into the heavenly fold and she and Little John were together again.

I can hear her laughter in my mind, a hearty belly laugh that filled the air with what else, but Love?

I traveled back to Maryland on May 30th. I know that our time on this playing field is limited. I know my sister kicked the bucket when she could no longer see what she truly wanted. She was about to retire, had just purchased a retirement house but other than that, she’d be sitting in a chair crocheting and humming to herself for the rest of her days. That’s where I find myself today. I’m sitting in my very cooled living room, a few of my guitars are lined up awaiting tuning and my fingers. The place is immaculate except for the carpets needing shampooing in a few spots. What’s my next?

What’s YOUR next? Do you know? So many facets on this diamond called life. I know mine shines whenever I want it to, but right now, from here, I can’t see the forest for the trees. I’m like.. Universe! Send me all good things.

Thank you. Drudy, I’ll see you again, but hopefully, not anytime soon.

What do you do with a life you are grateful for, want to be alive for and have nothing but fun in?

Thank you, Peeps. I’m grateful for you.

. .@CheriJacobus .@Thomas_Capone .@JudyPete .@BadBradRSR OK, there are a lot of folks talking about classified or unclassified, Trump can't take the docs. Unless the UC was CUI or SBU they wouldn't be tracked and the FBI surely would not execute a search warrant for UC docs.