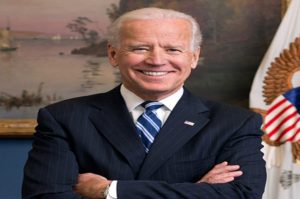 I have a few topics I’d like to discuss with you, V.P. Harris, and the entire Democratic majority.

First and foremost, given what we have experienced, the world is never returning to what it was once was. Neither are The United States of America.

It is time that we recognize that there are more than two parties existing within our present two party system and it is this, that must change.

It is time that we allow the Deluded and extremely racist Far Right, a voice apart from ours.

These people whose hatred of our democracy and constitution had them choose the loudest voice to give rise to their concerns; these people who found it just to attack OUR CAPITOL, OUR DEMOCRACY, need a place of their own to do whatever it is they choose to do apart from the laws of the land that the remainder of the republic believes in and exists peacefully within.

I’m suggesting that it is time for America to allow these MAGA REALITY Citizens a state or three to claim as their own with their own rules, own laws, own money. They should not be allowed ANY RIGHTS which person to the Citizens who agree to obey the current laws as stated in our Constitution.

They should be free to create whatever they want on their own given they want their guns and theories, religion and racism. There, the DeSantis’, Abbotts’, Jordan’s, Gaetz, Bobo’s, Green’s, Hawley’s, Cruz’, Graham’s, et al, can duke it out.

In the same manner that the Indigenous Tribes rule themselves without federal, state say, these select few can camp out in the wilderness and do as they may apart from anything having to do with the U.S.A.

The Far Right Scotus’ currently existing within our democracy attempting to create THEIR Interpretation of Justice within OUR system of Justice and Human Rights for All, should be thanked and dismissed to create their rules in their MAGA REALITY States.

Once, this has been established, I would suggest that the entire Congressional fold be thanked and dismissed.

It’s time for ALL parties to re-establish WHO THEY ARE and EXACTLY WHAT IT IS THEY STAND FOR.

The American People can then vote for brand new representatives with a special election.

Of COURSE there will be no voter fraud or nonsense given those folks will be busy establishing their own rules of lawlessness within their own lands.

Of course, those wishing to be considered for the new special elections must first pass a social studies test that (were I you) I recommend be created by Senator Elizabeth Warren, to ensure that everyone elected into the United States Congressional Fold is qualified to lead by first understanding our history and rules of the land.

Lastly , I would strongly suggest that all laws, any and everything ever signed by TFG, should be deemed NULL AND VOID. We now know that everything he did was done for nefarious means.
Let us find peace in reversing it all and continuing with our experiment.

Let me know your thoughts.

Forever Grateful for You and Our America,

.@RepMTG I think you should go In Search 🔍 Of your other two toes!