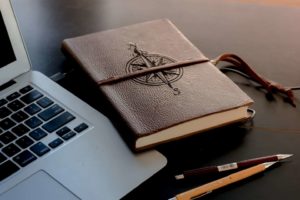 I am in possession of the elegant diary and case notes that were written by my Great-Great-Great Grandmother, Dr. Cranky Wangshaw-Vesalius-Steinberger.

This indomitable woman practiced medicine in the Victorian Era in England. Her husband, Dr. Yevgeny Vesalius-Steinberger was a Royal Army Surgeon who served alongside Dr. John H. Watson.

It is well known that Dr. Watson was the personal physician for the brilliant detective, Sherlock Holmes.

After military service, Dr. Yevgeny, along with his wife became great friends with Watson.

As Watson travelled a great deal, Grandma Cranky and her husband would frequently cover for their friend.

Grandma’s diary contained voluminous notes about the illustrious detective, Holmes. Of course her cases are quite interesting. (Matters of confidentiality do not allow me to reveal her notes, so please forego asking for details about Mr. Holmes).

However, what impressed me greatly was her gorgeous handwriting.

Indeed so beautiful….flowing cursive clearly written across all the pages.

Her penmanship causes my thoughts to wonder about the origin of cursive writing. Where did it start? There had to be a “first.”

As far as history can record, it appears that the cursive style goes back thousands of years. It appeared in many different places, with some script being found in the fifth century.

It was in the eighth century that some monks devised Carolingian script. This became standardized across the literate in medieval Europe. It was more legible and had a resemblance to italics.
In the middle of the eighteen hundreds, a school teacher created a form that was easier to use in everyday life. It was 1840 when Platt Rogers Spencer developed a more flowing type of penmanship. Spencerian script was elegant and could be written quickly. In fact, the Coca Cola logo is an example of his script. His script was the standard for business correspondence until the typewriter clacked onto the scene.

We need to continue to teach and use cursive writing. There are times when our phones and computers are not available, or Wi-Fi is down. Paper and pen are always available. No down time there!

Cursive is faster than printing out each letter individually.
You don’t have to keep lifting up your pen to print a letter.
It just flows functionally.
When a very intelligent patient was leaving the office, he inquired about a specific cereal that I had mentioned during our visit. I quickly grabbed note paper, wrote the name and handed it to him.
He stared at the paper.
I laughed, “So true of doctors. My handwriting leaves much to be desired.”
“Oh no,” he said. “I was never taught to read cursive!”
Oh, horrors, I thought.
Please, please cursive script…be sure you are being taught. Do not ever leave us.
We lost elegant quill pens and cut glass ink bottles. We cannot lose cursive.