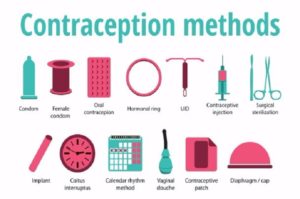 The party that prides itself on freedom and personal liberties voted against those exact things on Thursday. Gun control? Don’t you dare take those away just get rid of doors, fire escapes, night clubs, and arm the teachers. Birth control? Now that’s the real threat to society!

The House of Representatives passed a bill codifying the right to access to contraceptives on Thursday in a 228-195 vote. The 195 members who voted against it? All Republicans. The bill is in response to the Supreme Court’s recent reversal of Roe v. Wade, and basically butchered any woman’s right to choice and privacy in the process. With Justice Clarence Thomas explicitly threatening to go after the 1965 decision of Griswold v. Connecticut in the upcoming months, Democrats wasted no time in ensuring that if a reversal of Griswold happens that limitations on states rights to choose to ban contraceptives, like birth control and IUDs, would be drastically limited.

I will give credit where credit is due. Eight Republicans voted with House Democrats to advance the bill: Liz Cheney, Nancy Mace, Fred Upton, Anthony Gonzalez, John Katko, Brian Fitzpatrick, Maria Salazar, and Adam Kinzinger. If these names look familiar, it’s most likely because almost all of them are retiring and/or have been excommunicated from the now Trump-MAGA Republican Party. Other Republicans who voted against the bill used vague claims such as that it was “too broad” which was why they voted in opposition. I call BS on these claims especially since anti-abortion groups were actively campaigning against it.

The idea that Plan B or an IUD is killing babies is not only absurd, it’s literally stupid and insane. These measures prevent conception – meaning literally zero fetuses are harmed by either. But you know who is harmed by restricting access to these items? Women, more specifically, poor women who likely cannot afford a child or more children. You see the Republican Party is priding itself in being pro-life, but it’s also blatantly priding itself of controlling women which is an interesting strategy considering this is a very important election year. Being against abortion is one thing, as I can understand (to an extent) the idea behind that belief. But to be against contraceptives, women’s bodily autonomy, and sex education? Now that’s just a disastrous way of thinking in 2022.

For myself, I see this as their strategy to continue adding to the population numbers since gun violence is taking thousands of lives annually. We can’t lose our guns, but you losing your life triggers only thoughts and prayers. Thankfully, it seems that Democrats have learned a very important lesson with the Roe decision – as long as something isn’t codified into law, then you can guarantee Republicans will find a way to get rid of it as they control the highest court in the country.

To end this article I want to give any conservatives who may read this a little food for thought. If gun control efforts won’t stop people from getting guns, then why would banning abortion and contraceptives stop people from still getting them? Hint: it’s not.