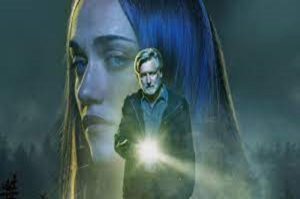 I spent months judging this series by its title.

Hooked by the seemingly religious connotation, I literally voiced my dismay through the “Eww” that emerged from my being when I read it.

I think there may be others like me who are so turned off by the entire religion-branding, regardless of whom or what is being adored.

We’ve heard enough lies. Enough of the gaslighting, already. I digress. But, back to “Sinner”, I was wrong. I’ll be the first to admit whenever I am. It’s the right thing to do, ya know?
Netflix’s Sinner: 4 Seasons

Writers: 20 writers share credits along with the original writer, based on the book by: Petra Hammesfahr.

and a host of other exceptional actors working on this series, have left me stunned at how wrong I was thinking it would be some bible-thumping nonsense, and extremely grateful for the satisfaction obtained through its viewing. It was good. It was DAMNED good.

The series stars Bill as another limping New York Detective with a gift for annoying the crap out of those he investigates, a la Columbo. The limp and the squint .. sounds like a children’s tale, but they both work for him. His Super Power is his kind heart. You know the saying coined by Mark A. Lyons: “You Spot it. You Got it”? Yeah, Bill has been a very bad boy, so he knows one when he sees one. By the same token, he’s an empath, highly intuitive and he follows his heart.

Side Bar: I cannot believe that Bill and I have aged together throughout these many years. He was quite the “fox” (Boomer Term for comely) back when. Now, all I saw was the Late Carl Malden ’s schnozule. C’est la vie, Ma Chère.

Bill plays the kind of cop who’s unafraid to look under rocks for evidence and facts. He ponders concepts, plays devils advocate (like my brother, BB, does with me, which I fuggen appreciate to the max). He examines what it is that would have anyone do horrendous things. Reminiscent of another winner sinner series, “Mind Hunter “, which never ceases to amaze. Bill’s character, a Dudley Doo-Right with a penchant for a little penicular tug and twist, alongside the stomp and roll, loving his Dominatrix a bit mucho, oops! … wins because he’s doing it for the right reasons, the rescue, not the masochism, and he is not afraid to fail, which should be moot, given his sexual preferences. He realizes we’re all imperfect, “but for the grace of Gods, go I” and that works, very well for him. YOLO, WITCHES!

Each season takes on an entirely different suspenseful, thrilling, chilling, circumstantial mystery with more questions to ponder than a calculus final.

The first season’s story was riveting, the second stole my heart, the third was a jaw dropper given it touched home for me; a seeker of truth, reader of Nietzsche, who knew when a question was just that, it’s answer(s): irrelevant.

Many missed his message. Many lost their minds and lives searching for obstacles to climb to avoid accepting the responsibilities that lay before them.

Season 3 is about that so be forewarned and don’t get sucked into the Nietzsche abyss, please.

I think what I enjoyed most about the series was the suburb acting skills that succeeded in taking control of the story line and delivering believable characters.

Kudos to the writers. Good writing, acting, backgrounds, it is a winner all-around. Their acting skills are exceptional. I’m not the only one who believes this.

The series has already been renewed for season 4, coming in the fall. Stay tuned.

Jessica Biel masters the tear-shedding moves like a pro. Hopefully, she’ll teach Amber Heard a few tricks, so she can use it at her appeal. I digress.

Give it a viewing. I think you might enjoy it.