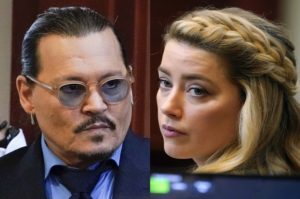 They’ve both appealed. I will not be following any further. I took in enough of that energy and chaotic madness the first and second times around. They’re vampires. Don’t you feel drained after watching them? I sure TF do!

Amber needs to get in the back of the line at the “We Scream To Be Seen Pity Party Club”, which at this time consists of Trump,  Musk, Heard and Bannon.

JD, well, he can go enjoy his life, or whatever.

While I gained a few extra “ounces” stuffing crisps, and salsa down the hatch during their entire trial, I’d rather watch all 80 hours of Hillary Clinton’s Bengazi Deposition than watch another second of the poop-flinging, whiskey swilling pair.