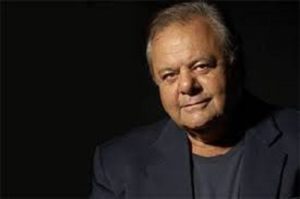 We’re still mourning the recent death of beloved actor Ray Liotta, and now we will mourn and pay tribute to his GOODFELLAS co-star, Paul Sorvino. Sorvino passed away of natural causes on Monday, July 25, 2022, in Jacksonville, Florida. He was 83. Sorvino was the father of three children, including Oscar-winning actress Mira Sorvino.

Sorvino was born and raised in the Bensonhurst section of Brooklyn, New York City. Before he became an actor, Sorvino worked as a copywriter in an advertising agency. While attending the American Musical and Dramatic Academy he decided to go into the theatre. He made his Broadway debut in the 1964 musical “Bajour”. He received critical praise for his performance as Phil Romano in the 1972 Broadway play “That Championship Season”, a role he repeated in the 1982 film version.

Ringside Report sends our condolences to Paul Sorvino’s family during their time of grief.