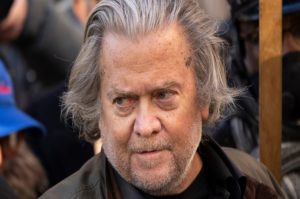 There are people in life at whom you just shake your head and wonder, how did such an eejit get to where they can do so much damage…

As the congressional hearings happen and people are taking stands, we can see the Trump apologists talking of how such a flawed individual, like Donald J. Trump, is just a human being and despite some of the damage that it can be agreed he did whilst President, you have to admit he did a lot of good, or he did some good, or he did good somewhere.

Sorry guys, I cannot find it. And talking as someone who is far enough away to have something called perspective, let me tell you, that Donald J. Trump was responsible for more damage to the American reputation and the country than any foreign invader would have been guilty of – at least they would have unified you.

As opposed to castigating minorities and attacking women, law makers in the States have at last provided a legal verdict in which we can all have some semblance of faith. Indicted due to his refusal to cooperate with the system he pretended to be defending, Bannon now faces jail and a hefty fine.

Let him show his loyalty to the poison of his opinions by continuing to defend the right of those who lie and cheat to continue to peddle such lies and falsehoods to the rest of the world. Fake news was their war cry, because they peddled in it. It is like finding that the guy who runs the crack addict center is the chief dealer.
Go figure…

Bannon has vowed that he has a “bullet-proof appeal.” We have heard it all before. His sentencing is on the 21st of October as he continues to wage his war.

Over here, we have the daily updates on the congressional hearings and the pathetic, mealy mouthed defense of Trump’s actions, including that bizarre rehearsal of his speech to tell the rioters to go home which was embarrassing. Whilst people in Ukraine lose lives to defend their democracy and their freedom, pretenders to the throne of democracy and free speech like those around Trump do not have the decency or the bravery to stand up and admit what they hoped for and what they supported – a new revolution for America.

Bannon has threatened to go “mediaeval” on his enemies. What does that even mean? He didn’t even take the stand to defend himself – what a stand-up guy. It was claimed he was negotiating the subpoenas, rather than negotiating them – like a modern-day Genghis Khan? His lawyer said his client had taken the wrong path and made “a mistake” – the mistake was clearly on letting this guy get his hands on anything more than a kindergarten toy.

Very scorched earth and mediaeval I think not.

Steve Bannon is just another little boy who got caught with his hand in the cookie jar. Instead of having the backbone to stand up and accept what he did, he has denied, blustered, threatened and will end up meekly complying. Why? Because the corporate bully boy will meet someone who is bigger than he is. At the moment that is prosecutor Molly Gaston, who in her closing statement said, “The defendant chose allegiance to Donald Trump over compliance with the law.”

But be aware. Bannon and his ilk are in the wings. They have not gone. You want rid of their stench? Vote them out and make damn sure that they are toxic politically. Organize to ensure that never again will you have to see the indecency of a bunch of eejits in charge of the most important office in your civic and political lives.

Literally, lives depend upon that.