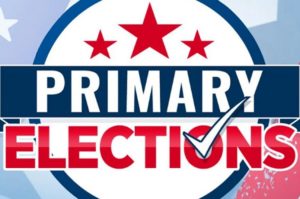 On Tuesday voters in Arizona, Michigan, Kansas, Missouri, and Washington state all cast their final ballots for the 2022 primary election. Each of the five states had major primary races that kept eyes focused on the final results. The New York Times did a wonderful recap on the most important wins and losses from the August 2nd primary, and here is the breakdown on what this means for November’s upcoming midterm election.

– Secretary of State Katie Hobbs wins the Democratic nomination for the AZ Gubernatorial race. The Republican primary results have not been called yet, and have 80 percent of the total votes counted at the time of writing this article. Trump-backed conspiracy queen Kari Lake currently holds a small lead over Karrin Taylor Robson with 46.2 percent to 44 percent, respectively.

– Blake Masters, a Trump-endorsed venture capitalist, won the GOP primary for US Senate against Jim Lamon, an Army veteran who previously owned a solar energy business, and Mark Brnovich, the AZ attorney general. He will go on to November against incumbent Democratic Senator Mark Kelly.

– AZ State Rep. Mark Finchem won the GOP nomination for Secretary of State, even though he was the least known out of all three candidates. Finchem is also Trump-endorsed, an adamant 2020 election denier, and is closely affiliated with the Oath Keepers – a far-right militia group. He also marched to the Capitol on Jan. 6th.

– AZ Speaker of the House Rusty Bowers lost a State Senate primary to David Farnsworth, who is Trump-endorsed. Bowers drew the fury of Trump’s supporters after he resisted efforts to overturn AZ’s 2020 electoral votes and for his testimony before the Jan. 6th congressional committee.

– Gov. Gretchen Whitmer will face Tudor Dixon this fall in MI’s Gubernatorial race. Dixon was endorsed by Trump’s former Secretary of Education Betsy DeVos. She is also facing misdemeanor charges for her connection to the Jan. 6th Capitol riot.

– Rep. Peter Meijer, who was one of the 10 House Republicans who voted with House Democrats to impeach Donald Trump, lost to John Gibbs. Mr. Gibbs was the desired choice of Dems as he is perceived as an easier defeat in November against Hillary Scholten, the Democratic nominee. Unsurprisingly, Gibbs is another Trump-endorsed candidate.

– Former TV news anchor and prosecutor Paul Junge won the GOP primary in the Eighth District, and will face off with Rep. Dan Kildee who is one of the most vulnerable Democratic incumbents this November. Junge previously worked in the Trump administration.

– In a major win for pro-choice supporters, Kansas voters rejected a constitutional amendment that would’ve removed abortion rights from the state’s constitution. The win came at a 59 percent to 41 percent landslide.

– KS attorney general Derek Schmidt won the GOP primary for governor. He will go on to challenge incumbent Gov. Laura Kelly, who is a Democrat.

– GOP candidate Amanda Adkins won the Republican primary and will go up against Rep. Sharice Davids for a second time. The rematch between the two follow the first go around that happened in 2020. Rep. Davids is also considered to be a vulnerable Democrat in the November midterm.

– After an unsuccessful run for governor and Senate, the former hard-right KS Secretary of State Kris Kobach won the GOP nomination for attorney general.

– State Senator Eric Burlison will replace Rep. Billy Long in the Seventh District. The Republican nominee is backed by the consrvative Club for Growth, which focuses on getting GOP candidates with strong conservative economic views elected.

– Instead of Hartzler, MO Attorney General Eric Schmitt is the Republican primary winner for Senate after beating 20 other Republicans. Schmitt also challenged the scandal-plagued former Gov. Eric Greitens – who was endorsed by Donald Trump – made headlines again recently over a disturbing political ad depicting him and other military-like men storming a house to go “RINO hunting” with large firearms (RINO stands for Republican In Name Only). GOP state leaders were relieved with Schmitt’s win over Greitens as they predicted the worse Eric would give Democrats an easy win in November.

– Democratic Representative Kim Schrier advanced on to the general midterm election in the fall for the Eighth Congressional District. At this time, her GOP opponent is still yet to be determined.

Once results for the outstanding races are finalized, an update to this recap will be posted. Next Tuesday, August 9th, will be the primary election for Connecticut, Wisconsin, Minnesota, and Vermont.