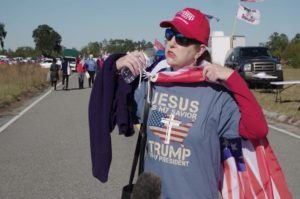 A friend called me one day needing a player on his APA eight ball team. “Sure”, I said and hopped in my car to play. I have only been in town two months so I needed to rely on GPS to get me to the location. Unfortunately, being in the country the wi-fi does not always pick up. GPS can sometimes lead you astray. Long story short I pulled over for someone to come find me and the car decided that’s where it would die. My start to my adventure was rocky.

Made it to the game and had to play when I walked through the door. I lost. Welcome back to billiards Joyce.

I have since joined the team and the next time we had to play at that location I was feeling quite anxious. The location only had one beer-stained pool table. My teammate picked me up early so we could practice on the table. At some point one of the guys from the other team asked if he could step in to play and we gave the table to them so they could practice. As his friend is putting together his stick he said to the younger guy “See I told what was going to happen. They are going to kill him off and then put that woman in as President. The younger guy said “I know. I knew it too.” Well dang it! This has been my fear of coming back out. After this man attacked our country, he is a domestic terrorist in my view point and anyone who still follows him is also a domestic terrorist. I had to make a decision to not engage in the conversation because I had a game to play. I was not going to allow him to throw me off my game. I walked away.

They practiced a couple of games and it was close to time to begin our matches so I asked to jump in and they gave me and one of their teammates the table. I played and hit five balls in a row and was feeling pretty good about my game.

When it was my turn to play their team was ahead. The young Trump supporter was who they put up against me. He was a really good player so I had the feeling it would be him. I had to win four games to his three. The first game I ran out six balls and got stuck. He came up to the table and was not the same player that he was in practice. He was nervous. Poor thing at some point just kept playing defense to hide me from my balls. Bless his heart, it was not working. Nothing he did could stop me. I won four games and he won one. He shook my hand and complimented me on a well-played game. My win was the beginning of a winning streak for our team. We beat them.

I felt a sense of accomplishment. For one, my fear had come to greet me in the face and I decided to handle it straight on. I was also very happy I did not engage him the way I wanted to because in the end, we all talked about something very different than the “Let’s Go Brandon” hat he had on. They were nice people for domestic terrorist.