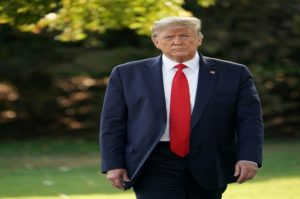 Last week was peculiar to be back at this bar. The last time we were there my teammate who had picked me up that week was in an altercation with some crazy guy from the other team. At some point that guy was outside with his shirt off waiting to fight. He was one of those big truck driving guys. The trucks I call the Trump trucks that they usually have the flags or banners in.
The girl behind the bar grabbed her gun and went outside to encourage him to leave the premises. He and his friends left which put some of us at ease. When we left, I noticed I did not have my stick in my hand. I went back to find it but could not in the dark. I called the next day and they said they could not find it and it took my teammate threatening to call the police to make it magically reappear.

Reentering the space was at the very least nerve wrecking. I was on a high still from beating the Trump supporter last week at the other bar but I was nervous the guy would be there and we have a replay from the last time we were there. The guy was not there and to put our minds at ease the league operator let us know that he was suspended from the league because of his actions that night.

I was happy and then it turned out I was going to be the player first on the chopping block. During practice I was playing well and there was only one player on their team that played as well in practice and that was my opponent. My first game was a decisive one inning win. I was feeling freaking great. The next game was not as great but I had my music on and I was singing and dancing to the song “Happy”. I sang out loud, “Uh, bring me down, can’t nothing bring me down, my levels too high to bring me down” as I scratched and watched him win his second consecutive game. I meant every word of that song even though I was behind. It was a four- four race. I told myself I would win this game and have my two in the row win. Nope, I told myself I would win three in the row to keep him from getting the on-the-hill point.

My game went back to the way it was in my first game and before I knew it they told me I was on-the-hill. That took me out of my game for a moment but in the end I won.

As I stood to the side collecting my thoughts, I could hear someone walk up behind me. He started talking to our league rep that was standing behind me. He said “These black people took over the NFL and then the NBA.” The rep said I don’t care about color, what does that have to do with anything? The guy continued with “you notice how black people can’t play hockey. Ha, ha, and they really suck at swimming.” (Joyce, don’t engage. You know that’s what he wants, just shut your mouth, Joyce.) I must have zoned off but I zoned right back in as he said “and Biden came from the basement and won with, ha eighty-one million votes.” I said,

“good”. (Darn it, I engaged.) He says “what, you are one of them? “Them?” He says “yeah you are a traitor to the country.” I looked at my teammate who pushed me towards the door. When I came back, he was gone. My realization was that he was mad that I beat his teammate. Yes, this black woman beat your white teammate.

My teammate who pushed me out the door had to play him. The guy was playing all cocky but kept missing shots and my teammate beat him badly.

My realization is I will not beat every Trump supporter. I will take the wins that my team and I have had and I will find a way to keep playing without engaging. My mouth may need a refresher course on being quiet because it has its own ideas sometimes.