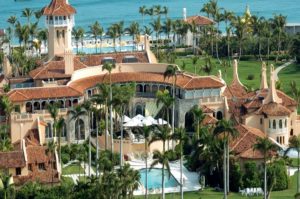 On Thursday the Justice Department submitted the redacted version of the affidavit after relying on federal agents to seize classified documents from former President Donald Trump’s Mar-A-Lago resort earlier this month. The agents seized over 300 classified documents — including some labeled top secret — related to national security.

Now it is up to federal Magistrate Judge Bruce Reinhart to decide if the sealed FBI search warrant will be made public. Judge Reinhart will also determine how much will be disclosed. The affidavit’s unredacted version presumably lays out a factual basis of what happened with the search.

Reinhart had given the DOJ until Thursday at noon to provide him with the requested redactions the department wanted before the affidavit is released to the public. However, he also mentioned that depending on the extent of redactions, it may leave the document’s version that goes public could possibly leave it without any meaningful information.

Search documents that have already been made public show that federal agents took over 11 boxes of documents that Trump illegally brought to Mar-A-Lago when he left the White House. They also showed that the FBI was investigating the “willful retention of national defense information, “the concealment or removal of government records and obstruction of a federal investigation.

The DOJ has strongly opposed releasing the search affidavit to the public, saying the disclosure “risks compromising an ongoing criminal investigation, revealing information about witnesses and divulging investigative techniques” per multiple reports. Judge Reinhart has said he will keep the DOJ’s concerns in mind when making his decision.