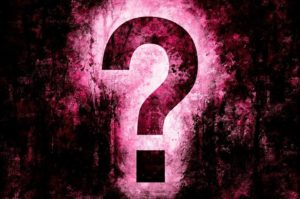 In my meanderings through magazines, and, of course, the internet, I came across the name of Mr. B.G. Jenkins. The history of Medicine is a fascination to me. And thus, I found reports of a paper this gentleman presented about the origin of Cholera. He was adamant about the association of Cholera with solar phenomena.

It was in the year of 1872 when his theory of Cholera is discussed.

August 1872 and the prestigious Atlantic magazine presents an article postulating correlations between solar spots, planetary position and the aurora borealis.

And in this article, a paper is quoted by a Mr. B.G. Jenkins of London. The Scientific American also quotes from his paper.

From the Atlantic magazine: “Mr. Jenkins has observed that cholera epidemics have a period of recurrence equal to a period and a half of sun-spots.”

And the Scientific American writes that Jenkins read “a remarkable paper in which he maintained that cholera is intimately connected with the cycle of sun spots, which as a period of 11.11 years…I am not prepared to say that sun spots originate cholera; for they may both be the effects of some other cause…..planets, in coming to and going from perihelion…produce a violent action upon the sun producing a maximum of sun spots and in connection with it a maximum of cholera on the earth.”

After finding the quote from Mr. B.G. Jenkins of London in two of my favorite old magazines, I began to search for him.

Further exploration of the internet revealed little about this man, his background or other scientific thoughts of Mr. B.G. Jenkins.

Finding so little about Mr. B. G. Jenkins himself, my interest then centered on 1872.

Could there be something happening in 1872 that fostered Mr. Jenkins’ belief in the association of Cholera and sun spots?

As I persisted in my exploration of notable events in 1872 there was nothing else about Mr. Jenkins and any other theories that he might have.

However, I did see other occurrences that interested me.

It was in February of that year that the Metropolitan Museum of Art opened in New York City. It was a beautiful day on the twentieth of that month, and its purpose was simply to bring art education and Art to the American people.

A great solar flare occurred on February 4, which caused the northern lights to be seen as far south as Cuba.

And then on February 13, New Orleans was the host for the first presentation of the Rex parade of Mardi Gras. It was in honor of the Grand Duke Aexei Alexandrovich. The Duke was a naval officer and good will ambassador to the United States.

Yellowstone Park opened on March 4. It was the first national park, with the purpose of establishing a wildlife sanctuary and showing off the Old Faithful Geyser.

May, 1872 and Popular Science appears on the scene with the sole goal of educating its readers about technology and science.

Victoria Claflin Woodhull became the first woman ever to be nominated for President of the United States on May 10. She was also the first woman to open a Wall Street brokerage firm.

Because the sun spots/Cholera theory and quotes from Mr. Jenkins had appeared in editions of two my favorite magazine old magazines, I continued my search

And I regret to say that I still do not know who Mr. B.G Jenkins of London is.