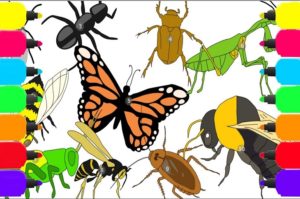 Ah Yes…a bee, an ant and a cockroach may well walk into a bar. However, that is not yet our story.

Thanks to Charles Henry Turner, this may happen sometime in the future.

This gentleman was born in 1867, two years after the end of the Civil War.

These were difficult times for a Black youngster, hungering for an education, fascinated by science and, especially by the little creatures, such as butterflies, and insects, And yet, he became a pioneer in the study of their behavior.

This brilliant man persevered, and became the first African American to graduate from the University of Chicago with a Ph.D. in zoology. He had written an intriguing dissertation, “the Homng of Ants: an Experimental Study of Ant Behavior.”

His dissertation was so unique and well written that the September 1907 issue of the Journal of Comparative Neurology and Psychology published sections of it.

In the course of his work, he discovered that insects of the order Hymenoptera were not merely primitive beings, incapable of thought and feeling.

Dr. Turner did his research while he was a high school science teacher. In the course of his ground breaking studies, he learned that insects are capable of distinguishing pitch; honeybees are able to distinguish between different colors; even finding that cockroaches are able to learn.
In his era, it was difficult to overcome the racial prejudice in the academic world and so he did not have access to university research facilities. Yet, he published over seventy papers while working with a very heavy teaching schedule.

Portions of his work as a behavioral scientist were published in significant journals such as Psychological Bulletin and the Journal of Animal Behavior.

Doctor Turner’s research amazes me. I have the learned personal behavior of shrieking loudly whenever I spy a cockroach (with the gentler title here in Florida of Palmetto Bug) sneaking out from under our sink and racing across the floor, obviously taunting me.

However this trail blazing scientist found that roaches were able to learn. He taught them to avoid certain dark chambers in a device that he designed. When the roaches were placed in a completely different apparatus, they still avoided dark chambers. His experiments demonstrated that bugs can learn by experience and change their behavior.

Although there may be a time when an ant, a bee and a cockroach walk into a bar, I hope there will never be a time when they waltz into my favorite restaurant.