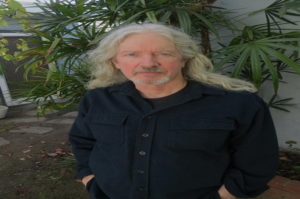 Jim Metzler is an actor best known for Mason in “Tex”and James Huntoon in “North and South”. But did you know he used to be a baseball player before he turned to acting? He is a member of the Academy of Motion Picture Arts and Sciences and has been on the International Film Nominating Committee fort he last 20 years.

KB: I read that you were drafted by the Boston Red Sox after graduating from college? Tell me the story.

Actually I was not drafted. I signed as a free agent with the Red Sox and received a signing bonus of zero dollars. This was in 1973, so adjusted for inflation, that bonus today would be worth zero dollars. I know that doesn’t sound like much, but I was also paid a salary of $500 a month! Considering I was able to rent an apartment for $100 a month in Elmira, New York, where I played that summer in the New York Penn League, I was able to make that $500 go a long way (I continued to drive my ’64 VW bug). Baseball has been a life-long love affair, playing since I was six years old and scouted at Dartmouth and two summers in the Cape Cod League. So despite the fact that I was disappointed in not being drafted, I jumped at the chance to sign as a free agent. I loved it that I could go to the ball park and play baseball every day, and I intended to keep playing until they told me to stop. Unfortunately, the Red Sox told me to stop the next season when I was playing at Winter Haven in the Florida State League. Damn!

KB: What made you turn to acting and what do you like about it?

I majored in English Literature at Dartmouth. I have always loved to read, albeit slowly. Being an English major is a great first step to an adult life of sporadic, low-paying employment, and I jumped right into that life with my short baseball career. I followed that up with a job as assistant sports editor of The Evening News in my home town of Newburgh, New York, and I stayed there for a little over a year, mostly wondering what I else I might try. Besides being a slow reader, I was also a very slow writer, and no matter however I projected my future as a sportswriter, I knew that I would always be wishing that I was one of the athletes, not the person writing about them. So I thought about acting. I don’t know why, because I was basically a very quiet person, uncomfortable talking In front of other people, or in some cases, one person. And I had never acted before. As unnatural for me as it seemed, however, I thought that I might like it. And I thought I could actually be good at it. I envisioned it as a marriage of my love of literature to a desire to be a performer, which was missing when my athletic career ended. I also missed being on a team. Every theatrical production is a team collaboration. And even though I had never acted before, I was a dreamer. I often imagined theme music in the background of my everyday life.

KB: You are known for your role as James Huntoon in North & South. How did you get this part and what attracted you to it?

This is a tougher question than you might have imagined, because there is a very tragic element to the answer. David Huffman, a very fine actor, had been originally cast in the role of James Huntoon. In 1985, about one week before North & South was to begin filming, Huffman witnessed a robbery in progress in Balboa Park in San Diego. He selflessly pursued the thief and was murdered in the process. I had just finished work on a wonderful television movie, Do You Remember Love, with Joanne Woodward, and was available when the North & South producers called me in to meet and explain the horrible situation. I was offered the part. Yes, I thought playing the character would be a great stretch for me. Huntoon was such a bloviator! Yes, I loved the epic sweep of the story. And yes, I had a wonderful time with a wonderful cast in Charleston, South Carolina and Natchez, Mississippi. I just wish the opportunity had not arisen.

KB: You played Mason in the movie Tex and got a Golden Globe nomination. How did you get this part and were you surprised about the nomination?

I think there were two main reasons why I got the part, the first being that I immediately had a strong identification with the character, or at least a strong idea of how I thought the character should be played. I have never felt more comfortable in an audition. The second reason is that I lied about my age. Mason’s age in the original script was 17. I was 29. I knew I would be asked at the audition, and I figured that if I answered 29 I would be eliminated because it was so far removed from 17, and if I answered 17 they would know I was lying and be eliminated. So I settled on 24 as a compromise, and it worked. Good thing IMDB wasn’t around then. In the film, when Ben Johnson asked Mason how old he was, he replied 18. I thought it might make it a little more credible. The Golden Globe nomination was a total surprise. I had no idea that an announcement was even coming up. I didn’t win, did I?

KB: Is there a movie or TV show you would have loved to play the lead in and why?

I think I should have played the lead in every movie ever made! Though I will tell you one that really hurt that I didn’t get way back when (1983) was The Dead Zone. I had read the book and had a great meeting with David Cronenberg. My representatives also heard from casting how well it had gone and thought that an offer was imminent. I was just coming off Tex and thought I had a realistic shot. I thought I was perfect for the role. Right up until I saw Christopher Walken play it in the movie. He was great!

KB: If you look at current actors and actresses: Is there anyone you would like to do a movie with and why?

I see somewhere near 200 films a year. And almost as much television. There are so many extraordinarily talented actors and actresses out there that it would be fruitless for me to even try to make a meaningful list. And then I wistfully think of those whom I worked with that I can’t work with again, because they are no longer alive. Too morbid. I’d be name-dropping dead people. And then there are those that I have worked with who are still alive. That’s a real good list, but I will say one name: Alec Baldwin. He owes me a phone call. I haven’t seen him since 1996 when he visited the set of LA Confidential, where I was shooting a scene with Kim Basinger. He was visiting her and it was a surprise to him that I was there in the small but fun role of a city councilman. Alec and I had done a short-lived series (Cutter to Houston) together in 1983 and a miniseries (The Alamo: 13 Days to Glory) in 1986 and was extremely helpful to me when I was going through a divorce in 1988. We were good friends for quite a few years before slowly losing touch. The acting life sometimes giveth and sometimes taketh away. It was a pleasure working with him, and he was a kind, thoughtful and giving friend, intelligent and hilarious. I have enjoyed his successes and felt for his tribulations.

KB: Are you still active in the business? What are you up to now?

I audition some and work less than that. I really don’t mind much. To borrow from General MacArthur,“Old actors never die. They just fade to black”. I am a member of the Academy of Motion Picture Arts and Sciences and love seeing as many movies as I can before casting my Oscar votes. I also participate in voting for the Student Academy Awards and for 20 years have been on the International Film Nominating Committee, which has become my favorite category. Last year I saw all of the films from the 92 countries that entered. What a great way to travel the world without losing your luggage! I enjoy home life with my wife Susan and three entertaining felines, and planning the next visit to see our son, daughter-in-law and three grandchildren. I still love reading by holding a novel in my hands. I still love baseball. And I walk about five miles a day, sometimes accompanied by theme music.