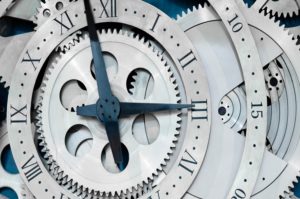 I can’t believe that it has been that long. Seems like only yesterday.

In 1346, in Eurasia and North Africa, unwelcome as it was, it arrived.

It was called the Black Death. Sometime it went by other names: the Plague, the Great Mortality, and the Pestilence.

But the real name of this pandemic was Bubonic Plague.

It’s most well-known and terrifying name is Black Death. It was indeed a black death because it left its victims with black lesions covering their bodies.

This monster raced across North Africa and Eurasia killing about seventy million people.

At the time, it was thought that Jews were responsible for this pandemic. It was said that they ran around poisoning the wells of Christians

It began with some poor unsuspecting flea who became infected with a bacterium, Yersinia pestis. Both male and female fleas feed on blood. And so, this flea became engorged with blood. Then Flea number one hung out with his buddies and infected them. It didn’t take long for the infection to spread among the flea community.

From the Khan Academy: “The point of origin for the Black Death was most likely a population of marmots—small, prairie-dog like rodents—in Central Asia.
Marmots generally avoid contact with humans, but rats will readily come in contact with both marmot and human populations. Rats also carry fleas, making them an ideal vehicle—from the perspective of the plague, at least—for spreading the bubonic plague.”

The infected rats with their infected fleas then stowed away on ships. These unwelcome stowaways came ashore in North Africa, Western Asia and the Mediterranean Basin.

Scattering themselves on land, the rodents infiltrated dwellings and people to people transmission began. Crowded living conditions enabled dissemination among the populace to be rapid.

The person to person contact was known as a pneumonic plague and it is thought that this explains why it spread more rapidly. It traveled through the air by droplets, with face to face contact or just being near somebody coughing. Much faster than waiting for a flea bite.

In 2011, DNA from skeletons in graves associated with the Bubonic Plague confirmed that Yersinia. pestis was the mostly likely causative agent.

Yersinia pestis is still alive, but, please don’t worry about it.

If you get a high fever, chills, have a headache, get pain in your groin, or stomach or extremities, find big lumpy lymph nodes that pour out pus, and your toes and fingers turn black with black patches all over your body, while you cough up blood….don’t panic.

Just hop over to you closest urgent care get some Doxycycline or Levofloxacin and you will be cured!