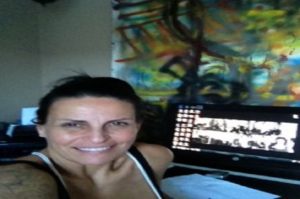 “Yes, yes, yes… I love being in love. If I could bottle that whole chemistry of love I would! It gets you high without having to put anything in your body, and that’s just awesome.”—Tori Welles

Any hot blooded male who watched Adult Movies back in the late 1980s – 1990s no doubt saw the work of Adult Movie legend, Tori Welles. She lit up the screen in every scene she was featured in, especially in a 1989 movie she starred in called “THE CHAMELEON”.

Finding Tori was not easy at first, but when I was finally able to contact her, it reminded me of a boxing interview I did back in 2000 for my book, “Boxing Interviews Of A Lifetime,” with former five time world title challenger Yaqui Lopez.

Like Tori, Yaqui was a fan favorite, and a name that the readers really wanted to hear from. So when I was able to land both interviews, I knew we would be able to do something special when the tape rolled.

I found a lady with a great sense of humor, who though she is a legendary performer, just wants to be Tori Welles, living the American dream. In my research for this interview, I found an outstanding interview Tori did with one of my colleagues, John Parker, with Legendary Rock Interviews.com. In it, Tori held nothing back which is something I respect very much. In life, people seem to be so full of shit, especially about themselves.

At 55 years of age, something Tori doesn’t hide and wears as a badge of an honor, I can tell you without any doubt, the one thing she is most proud of is and happens to be harder than any movie she shot, any 9 -5 job she has held and that is, being a mom.

BB: Where did you grow up?

San Fernando Valley. In the Los Angeles area most of my life. 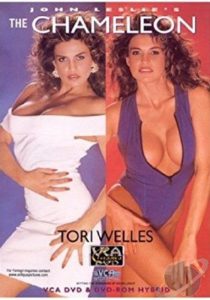 story about any fan you ever met during your heyday that to this day, you still recall vividly?

I don’t know about that. I met so many people back then. It’s such a trip when I think back. I mean I had a couple little flings out on the road when I was feature dancing, but mostly I would hang out with the crew and staff from different places. I was a party girl. I kept to myself and very small circle.

BB: I personally think one of the best Adult Movies ever made was the 1989 film “THE CHAMELEON”. I can remember the buzz about this movie and your sexual prowess in it. What are your recollections of shooting the film and do you feel as many of your fans do, it was your finest work?

BB: What made you want to get into Adult Movies and how did you actually do it once you decided you wanted to?

I didn’t really decide anything. It just happened. I was a dancer in Hollywood at the time at The Seventh Veil. I hooked up with the bass guitar player from XYZ, who was connected to Jeanna Fine and Paul Norman somehow. I did my first movie for Paul Norman a few months later….crazy. I never plan very well. (Big laugh)

BB: How has the Adult Movie industry in your opinion changed from when you first got into it?

It’s huge now. It is what it is. Like everything else in this world, it’s saturated and redundant. I think like most people, we all like things from “back in our day”, am I right? It’s just the next chapter. It’s changed because it had to. I think it’s way crazier. The stuff the girls do now is nuts. I probably would have never made a name in today’s age of porn because even if I could (which I can’t) fit a fist in me I would have never let them show it on video. No offense to all of you who can and do.

BB: What are your words of wisdom the young man or woman who would like to break into the Adult Movie industry?

Don’t do it….Run far far away.

BB: With Measure B being passed years ago, what do you think it is going to do to the Adult Movie industry?

BB: Have you ever done any mainstream movies and if so, what were they?

I played a sexy cop in a dirt bike movie a friend was shooting called “FRESNO SMOOTH” and a lady in the market of “THE ICE CREAM MAN” a horror film my ex-husband shot.

BB: What is the funniest moment you ever had while shooting one of your movies?

BB: What is the one stereotype that has been around your industry and you would like to shatter?

None…They’re mostly right. Like any business there is good and bad. This industry is like magnet for people who are not conformists and like to push the envelope. A lot of nice people and some not so nice, some fucked up in head, users, abusers and the list goes on and a lot of the stereotypes are right. I don’t need to shatter them for anyone, but myself. I do that every day with people who really know me.

BB: IMDB said that in 2007, you were working as a hair stylist. If this is correct, do you still do hair on the side?

I am/was and yes, I do it on the side, but mainly friends and family.

BB: What honor that has been bestowed on you, are you most proud of?

Mother. I have three gorgeous loving, kind and sweet boys.

BB: When you were still shooting movies, if you could have had one male and female actress from that time in your movie, who would they be and why?

I don’t even remember who was around back then, plus my taste isn’t very mainstream. I would’ve had people like Exene Cervenka from the band X and Nick Cave from The Badseeds…that would be hot!

BB: What is your favorite word?

BB: What is your least favorite word?

Vagina. I just hate even writing it.

BB: When you received your first real paycheck from your movies, what did you buy?

Wow…so embarrassing. I actually went to the Gap on Santa Monica Blvd. and went crazy, I thought I was so cool. (Big laugh). I didn’t even really like their stuff, but I could never afford to go there before really, so I did.

BB: What is the one question you have never been asked, but wish that you were?

BB: The floor is yours…

Yes, yes, yes… I love being in love. If I could bottle that whole chemistry of love I would! It gets you high without having to put anything in your body, and that’s just awesome.

BB: If you were stranded on a desert island, what is the one CD and movie you would like to have?

The CD would be the Gipsy Kings Greatest Hits and anything by Sublime. Oooh that is not fair because my moods change so much and I think it’s an impossible decision. For right this second it would be “ZEITGEIST” the movie, it keeps it all in perspective and real. Ask me in an hour it’ll be something like “PRINCESS BRIDE”.

“Water seeks its own level.”