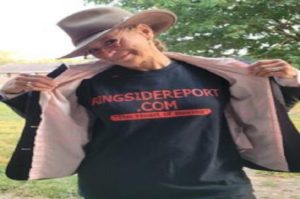 “We are not done yet.” These were words spoken by Texas Governor, Greg Abbott, regarding his threat to continue what’s been called “his strategic racism and xenophobia towards Brown People arriving from South America via Mexico” by a Fox journalist narrating one of the many clips I watched of this.

Abbott has been bussing newly arrived migrants to Democratic Cities as if they were his personal political scapegoats or chess pieces. Men, women; some pregnant, infants, children — it matters not a bit to him. New York, DC, Martha’s Vinyard, Chicago have all been recipients of the new migrants who traveled anywhere between twelve and twenty four hours non stop, from their original arrival into Texas. The first thing I thought of were the babies, the children. It’s cold up north already. Martha’s Vineyard is chilly at night. Where are these supposed leaders’ minds? We don’t even treat lesser species in this fashion. Why is he, allowed to single-handedly, violate his oath to the people, while trampling on these people’s immediate civil rights? This is a horrible violation of America and its promise to care for the “poor huddled masses”, as stated on the base of our Statue of Liberty, on Ellis Island. His actions are meant to denigrate, not welcome or empower our newest residents. He needs to be immediately sued by We, The People.

Gov. Abbott’s ego stands before any humanity or compassion one may believe is the first criteria required for anyone seeking a leadership position: that and being authentic, unbiased, honest and anti-racist. He has none of these and is one of the fascists requiring ousting from his position for America to begin crawling back to the dwindling freedoms we’ve enjoyed since President Lyndon B. Johnson signed the Civil Rights Act, since Roe V Wade was passed and ever since the freedom to marry whomever one loved was welcomed into our democracy, thanks to the Obama Administration.

“We are sending them to the United States Capitol, where the Biden Administration will be able to; more immediately, address the needs of the people that they are allowing to come across our border.”

On September 8th, Mayor Muriel Bower stated the following regarding the busloads which had arrived: “We are staying true to our D.C. values and building a system that will support a compassionate, consistent, and well-coordinated response.”

Now, contrary to what you must be thinking as you scratch your head in disbelief, wondering why it has come to this point:

There IS a system in place already. What GA has done and continues to do is basically highjack the system, interfering, overreaching and definitely overstepping his boundaries. He should be charged with kidnapping.

He should be ousted IMMEDIATELY for his racism and inhumanity. There is NO ROOM, NO PERMISSION, NO WAY, NO HOW that OUR REPUBLIC will or shall be brought down to the level that these demons exist in. I continue to denounce them and shall continue to fight until every single person representing We, The People, are pro democracy and anti-racists.

The second any of them come after anyone because they are entering the United States of America just as every single one of these fascists’ families and ancestors did, they should be disqualified from running for public office of any type. Hell, they should not be allowed to have anything to do with teaching or placed anywhere near children, should they decide to spread their seeds of hatred.

Side note: I’m hoping Mike Lindell’s cell phone holds enough evidence, hopefully conversations and texts with every single enemy of our republic, including Gov. Abbott. Perhaps, we can disqualify them from their positions as quickly as we did that true nut job, David Madison Cawthorn. Who? Exactly!

In response to busloads arriving at Chicago’s bus station, and Abbott’s threat to kidnap more busloads sending them sprawling all over democratic states, Mayor Lori Lightfoot, standing alongside the migrants said: It is my prayer that this man finds some humanity, that he doesn’t do that. But should he continue to do what he seems determined to do, we’re ready. We are the village and we’re going to make sure that whomever comes to Chicago, that we’re going to take care of them. What we have and will continue to do, is welcome them with open arms. We refuse to turn our backs on them in a time when they need support the most.”

Renae Eze, Abbott’s spokesperson and apparently another miserable racists response was this: “If the mayor wants a solution to this humanitarian crisis, she should stop complaining and call President Biden. To take immediate action to secure the border. Something (sic) The President continues failing to do.”
How is that for heinous, Ladies, Gentlemen, Others? Now you understand why it’s important for us to absolutely watch whatever “The Right, who are so Wrong” are watching. Learn what they’re being fed, and why it is that they react with fear versus love towards news of new arrivals into our fold.

Again, I will say that love is the highest vibration. That same fiery passion is what we need to melt the hatred right off of those who can be saved from believing in this Cult of Hatred towards all that are different; not white.

Love your brothers and sisters. “He ain’t heavy. He’s my brother”, but FUQUE these MF racists!

These are my views. Bring it on, if you’re one of them. I’ll meet you outside at three o’clock. Bring your guitar or fiddle. We’re playing The Blues, singing “Mary Had A Little Lamb.”
That’s something we can all agree on, even if you prefer yours with mint julep instead of a simulated diamond collar.

With all that dancing and love, we can fix this Republic, perhaps heal this world of its intolerant heart, creating a gentler one that’s okay with Salsa, Blues, Bachattas, Reggae and it’s people. Can I get an AMEN?