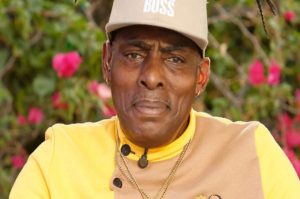 Rapper Coolio, known for the hit singles “Fantastic Voyage and “Gangsta’s Paradise”, passed away September 28, 2022, in Los Angeles, CA. The entertainer suffered a heart attack while at a friend’s house. He was 59.

Coolio, born Artis Leon Ivey Jr. on August 1, 1963, worked many odd jobs before becoming a rapper. His first single titled “Whatcha Gonna Do” was released in 1987. He followed up with the song “What Makes You Dance (Force Groove)” in 1988.

In 1994 he signed to Tommy Boy Records and released his debut solo album It Takes a Thief, with the lead single being “Fantastic Voyage”, which received heavy rotation on MTV and peaked at No. 3 on the Billboard Hot 100. “Fantastic Voyage” became one of the biggest rap singles of the year.

Coolio’s other big hit “Gangsta’s Paradise” won him the Grammy Award for Best Rap Solo Performance. The song was released for the film DANGEROUS MINDS (1995), starring Michelle Pfeiffer. It became one of the most successful rap songs of all time, topping on the Billboard Hot 100 for several weeks. It was also the number one single of 1995. Coolio appeared opposite Pfeiffer in the official video of the song.

Ringside Report sends our condolences to Coolio’s family during their time of grief.