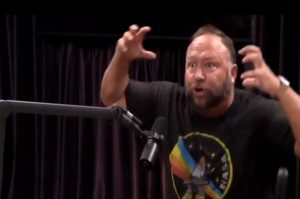 Fairytales, Princesses and legends of speaking – all Fablespake to someone.

He is at it again.

Alex Jones, in a combative appearance in a US courtroom refused to say sorry, again to the families of those victims he maligned.

His defense? That he honestly believed what he said, when he claimed that the shooting of their children at school was a hoax.

We may believe that this morally bankrupt buffoon, should keep saying sorry until the victims of his vile behavior are satisfied that he actually is sorry, but the appearance he made was slightly uncomfortable viewing.

You see, the public humiliation of people can often be box office, one moment and then the equivalent of turning up to watch a mediaeval execution the next. It is a fine line.

When you have cameras in a courtroom and people watching each and every moment, then quick and unfair kneejerk judgements can be unavoidable. Ask Amber Heard.

Here in the UK, we do not have cameras in the courts to the same extent as in the US. In fact, they are illegal within courts and if they have been allowed in it has been a handful of cases to trial the concept.

The jury is out on whether they should be allowed at all.

In fact, it led me to consider the racist attitudes of the United Kingdom when it comes to Meghan Markle. The fact is that the UK have a problem with her, and it is race related.

The fact is that public exposure does not often lead to universal acclaim and approval. From Jones in a courtroom to our Royal Prince and Princesses doing interviews we have car crash, after car crash in full view. In the UK, royally stupid events have included the Diana interview with the BBC – achieved through lies and deception which many believe contributed to her death – the absurd interview with Prince Andrew over his association with Jeffrey Epstein and alleged relationship with an under-age girl – which cemented the impression of impropriety rather than removed it – and Oprah meets Meghan and Harry.

We await Meghan and Harry’s book on life as a Royal. In the meantime, they came across to the UK for the Queen’s funeral and looked awkward at times. But Markle played a Princess’s part in supporting her husband, touchingly holding his hand at times, walking amongst the crowds, doing what we expect.

Criticism for holding hands. A woman in a crowd turning her back on her because she disapproves of her. And now in the press a suggestion that she wanted paid for doing Royal duties.

I have no knowledge of Meghan Markle beyond her public pronouncements or her appearances on TV shows. Her work as an actress or her “work” as a wife matters little to me. That she and her husband have decided to leave his country, give up Royal titles, stop doing the work that leads to immense privileges to me, speaks volumes.

I may not agree with what she has married into, but I believe she and her adult husband has a right to make changes to their lives, to make grown up decisions and to lead a life which is theirs to lead. They are, however in the public eye and the public believe they have a right to make comment upon them because her husband, Harry is one of us – ours. A property with which we decide what is good enough and what is bad for him.

Alex Jones is no Markle. But I would equally love to have any platform removed so we can move on, beyond the private grief of parents he insulted to having his smudge on the media history of the United States removed, his trailer park future cemented and his ability to influence, talk to and be respected out of the way of decent folks.

I would like Meghan to enjoy her life too. I would like us to let them get on with things and create their new life without constant criticism. But a mixed-race Princess may be acceptable in

Disney, in the UK her life may be very far away from Fairytale…

Fablespake A story which has been past down from generation to generation and is an invention of the author!