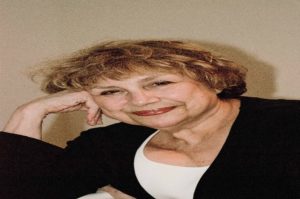 There are times when even a curmudgeon is a tad restless, with countless things on my mind, and unable to fall asleep as quickly as I would like.

Usually, I relieve my sleep anxiety by writing all those annoying thoughts on a to-do list near my bedside. That little task removes them from my mind.

On the rare times when that does not work, I perform a breathing mediation which almost always relaxes me and I am asleep in minutes.

But sometimes, I do find myself very wide awake.

I am fortunate to have occasional nocturnal visits from my Great-Great-Great Grandmother the eminent Victorian physician, Dr. Cranky Wangshaw-Vesalius-Steinberger. She watches over me and has arrived to visit with me tonight.

With a soothing rustle of skirts and the faint scents of lavender and vanilla, Grandma Cranky announces her appearance.

As she fluffed up my pillow, and whispered softly so as not to disturb Hero Doctor asleep beside me, she said, “Dear child, it is obvious that you are wide awake. And so I will becalm you by telling a story of a friend of my grandmother’s. This friend was quite famous, not just because she was married to the fourth President of the United States, James Madison.”

I closed my eyes, as I contentedly waited for the story.

“Well, of course you realize that I am referring to Dolley Madison. I found it fascinating that my grandmother told me that Dolley was introduced to her husband by Aaron Burr. And as a Quaker she was expelled from her religious group when she married Madison who was an Episcopal.

“Dolley and my dear grandma, Hannah-Mimi, did not always see eye to eye. Her father had emancipated his slaves, but in the White House, she did have a personal slave and Hannah-Mimi wanted Dolley to use her position as First lady to do more to abolish slavery and give education to the former slaves.

“Dolley became famous for her part in the Washington social circle. She was known for serving as the hostess for Thomas Jefferson’s important social functions, as he was a widower.

“Hannah-Mimi has told me that her close friend, Dolley believed that entertaining and great parties were crucial to preventing diplomatic crises. And, of course when her husband James Madison became President, she was even more renowned for her parties and social functions.

“But, in later years, Dolley became even more famous as the savior of an important national treasure.

“During the War of 1812, British forces were approaching the White House and the First Lady wanted to save the famous portrait by Gilbert Stuart of George Washington. It is known as the Lansdowne portrait. The portrait was huge, eight feet tall and bolted to the wall. Dolley ordered her slave Paul Jennings to see to its safe removal.

“And at 3 o’clock on the afternoon of August 24, she sat down to write to her sister: “’Our kind friend, Mr. Carroll, has come to hasten my departure, and is in a very bad humor with me because I insist on waiting until the large picture of Gen. Washington is secured, and it requires to be unscrewed from the wall. This process was found to be too tedious for these perilous moments; I have ordered the frame to be broken, and the canvass taken out it is done, and the precious portrait placed in the hands of two gentlemen of New York for safe keeping”
As I drifted off to sleep picturing the lovely First Lady, I heard my grandmother murmur as she tucked me in:
“Dolley did make sure that her Paul Jennings was educated and he went on to write the first memoir about life in the White House. I’ll speak with our Grandmother Hannah-Mimi and find out more about him.

“Hannah-Mimi speaks well of Dolley and wanted me to remember that her dear friend, Dolley Madison, was not just a party girl and elegant hostess, but a courageous woman .”