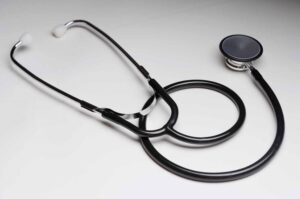 I am indeed fortunate to be the great-great-great granddaughter of one of the most eminent physicians of the Victorian Era. Dr. Cranky Wangshaw-Vesalius-Steinberger was renowned, not only for the practice of Medicine, but as a doctor who cared for the great Sherlock Holmes, when his own physician Dr. Watson was away.

It was only last week when Grandma paid me a visit and told me a story that her own grandmother had recounted about Dolley Madison.

In that tale, she mentioned that Paul Jennings , under orders from the First Lady had saved a famous portrait of President George Washington.

And in the very wee hours of this morning, Grandma Cranky told me more of this remarkable man.

I will attempt to remember most of what her own grandmother had told her.

Paul Jennings was born a slave in Virginia on the estate of Dolley and James Madison.

His intelligence and dignity was well noticed by the Madisons and he became an integral member of their household.

Jennings wrote an important memoir, A Colored Man’s Reminiscences of James Madison, which was published in 1865.In his book, he describes Washington as “a dreary place.”

As Mr. Jennings wrote: “A deep desire to be of help to my poor people has determined me to take a decided step in that direction. My only regret is that I shall appear ungrateful.”

And of President Madison, “Mr. Madison, I think, was one of the best men that ever lived. I never saw him in a passion, and never knew him to strike a slave, although he had over one hundred; neither would he allow an overseer to do it…He was temperate in his habits. I don’t think he drank a quart of brandy in his whole life.”

However, it was not the Madisons who granted freedom to this remarkable man.

In President Madison’s will, he bequeathed his slaves to his wife and ordered that none of them were to be sold without their consent.

But Dolley had financial difficulties and Paul Jennings was sold to Senator Daniel Webster of Massachusetts. The Senator freed him six months later.

It has been recounted many times that, in the chaos of the war of 1812 with the British troops invading Washington, Dolley was the savior of the famous Gilbert Stuart painting of our first president.

But Paul Jennings was there and presents a different account. It has been told that the First Lady herself attempted to remove the portrait, cutting it out of its frame. Instead, his description explains that Dolley stashed some silver in her reticule and quickly fled the White House. She did order the removal of the painting, but it was President Madison’s steward jean-Pierre Sioussat and his gardener Thomas McGraw who assisted Jennings in saving this famous portrait. They were finally able to take it down and get it into a wagon; safely away from the British forces.

When Jennings was a freed man, Senator Webster was able to get him a position working for the pension office of the Department of Defense.

Although working as a messenger and laborer, he came to the attention of the writer and historian, John Brooks Russell, who was greatly impressed by Jennings.

Russell encouraged Jennings to write of his time at the White House.

And we are now the fortunate ones to have this precious memoir saved for posterity.

Thanks you to Paul Jennings, a former slave the very first White House memoirist.