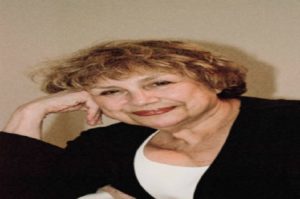 As I returned to my office, I heaved an exhaustingly loud sigh of relief.

It had happened yet again.

What had caused my stress?

Was it another patient wanting the medication that had been witnessed on a glowing television direct-to-consumer ad?

Or was it someone who wanted the same medication for hypertension that her best friend was taking…even though my patient was doing well on her current regime?

Could it have been a patient wanting me to do something about the cost of his/her drugs?

None of those on this day.

My patient had a mild sinusitis and wanted an antibiotic.

Of course, I spent a great deal of time explaining why it was not necessary. Why it could cause more harm than good. Why money would needlessly be spent.

It was a long visit until I finally got through all the garbage spewed forth by Dr. Google and his cohorts.

As I sipped my espresso while crunching away on a piece of dark chocolate, I relaxed and mused about the origin of the first antibiotics.

A Scottish physician has been credited with discovering the first real antibiotic. It was in 1928 whle Dr. Alexander Fleming was working at St. Mary’s Hospital in London. On returning from a vacation, Dr. Fleming found that he had forgotten to dispose of a culture of Staphylococcus Aureus bacteria. He had intended to dump it before he left.

And so, his culture plate had been left uncovered. On his return to his lab, he observed that a fungus Penicillium notatum had contaminated the plate. Fleming was aware that wherever the fungus grew, bacteria did not; leaving clear zones on his plate. He was then able to isolate this fungus and grow it in a pure culture.

This exciting accident showed Fleming the effectiveness of Penicillium notatum in killing Staphylococcus even when it was diluted eight hundred times. Just as exciting was the discovery that it was far less toxic than disinfectants that were being used at that time

But this was not actually the first use of a chemical with antibacterial properties.

In the latter years of the nineteenth century, Dr. Paul Ehrlich, a German physician was working with dyes before the discovery of Penicillin. In his work, he learned that some of the bacterial cells were colored by certain dyes, while other cells did not take up the dye. This led him to work with many chemical dyes until he could create a substance with antibacterial properties. Through his research, he was able to construct Arsphenamine, a treatment for Syphilis.

Although Penicillin is renowned as the first antibiotic, Arsphenamine was actually the first antibacterial chemical. Dr. Ehrlick called it 606 as it was his six hundred and sixth attempt.

Ehrlick’s work was referred to as a “magic bullet, “as it selectively killed microbes without affecting the host.

Due to our profligate use and misuse of antibiotics, many microbes have adapted and developed defenses to antibiotics. Too often, physicians find themselves in a difficult conversation as they dissuade their patients from wanting one for their cold or simple sinusitis.

As I sip my espresso, I do think of our indebtedness to scientists such as Dr. Fleming and Ehrlich for their for their ground breaking work in the treatment of infections.