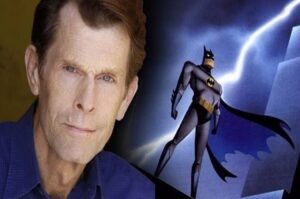 Over time, several actors have portrayed Batman- with each one putting a unique stamp on his interpretation of the caped crusader and his alter ego, Bruce Wayne. One of those actors is Kevin Conroy. Since his initial debut as Batman, Conroy has become the definitive voice of Batman and is easily declared a fan-favorite, voicing Batman in almost 60 different productions and video games. Sadly, Kevin Conroy passed away November 10, 2022, in New York City, shortly after being diagnosed with cancer. He was 66.