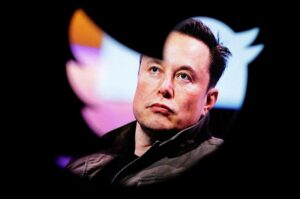 Elon Musk eh, what a twatter…

There is a difference.

The former are those who have ideas that could change the world and decide to put them into practice. Because they have the finances to do what they will, they have a firm sense of right. Both versions. They believe they are correct in their assumptions of the world because they have flown it, visited it and mined the hell out of it. They have visions which come from their experiences as a world leader in something. It makes musicians believe they can solve poverty by clicking their fingers, that business leaders can resolve the climate emergency through an innovative solution and inventors believe they have the panacea for some form of obscure mental illness because they have solved the crisis of how to cook low calorie food using oil.
We then must listen to their world theories because they have the platforms – business leaders or highly intelligent creatures pontificate on X because their PR person can get them airtime. Often, they then become obsessed with the emergence of a “woke” culture that sets out to stop them from saving the world or even just saving their world. They start out by thinking they are right and when they meet people who oppose them turn to the Right for succor and solace.

Even disastrous business-people, who like to “grab pussy” end up in their orbit and the ones with populist appeal become icons and candidates.

Don’t get me wrong, he has not said it. He may not even mean it, but he means to “democratize” and “moneytize” it because it is not making money. He believes, apparently, that it is an unsustainable business model which needs “fixing”. And he has gone around doing just that by sacking staff, streamlining and charging for its use through the blue tick. By doing what he is doing, he will reduce the moderators monitoring hate speech, embolden those who spread lies and hatred and make it less likely to survive – why? Because it is filled with toxic people and “bots” attacking our freedoms.

Now, a lot of this is true.

Twitter does have people on it who are toxic. They vilely attack people. Twitter has hidden behind the Rights of Free Speech but that has limits. Or it should. Musk does not appear to believe it should. I believe that Twitter needs to ramp up its monitoring of the site and not dive down into the murky nonsense of believing you can allow people to self-regulate and “behave”. Some of the aforementioned rich kids still need a nurse or a nanny to be good little boys and girls. If they don’t behave, even if they are Presidents, you must ban them.

Then there are the bots. Sometimes not so easily spotted. Sometimes their misinformation causes panic. Now the populist trope that you should not accept what you hear and do your research, is pretty good advice. When somebody goes onto Twitter and announces their cancer diagnosis, and they want to visit Disneyland – don’t send them your banking details. When somebody goes onto Twitter and announces that Hilary Clinton is a lizard, don’t retweet. If it sounds odd, it likely is. If it sounds dodgy, then it likely is. If it intrigues you, and you want to know more – go find out more. And go and find out from a reputable source and from people with whom you might not agree – we are after all a democracy with free speech ya Twat!!

If one more person comes to me with a phone screaming, look it is true, that’s the facts right there, whilst pointing to an article written by some 40 year old singleton in his mother’s basement whilst watching something very dodgy on the internet wearing little more than his underpants, I shall not scream, but pick up a book of fiction which suggests the apocalypse, point to it and scream back, we are all doomed! The end is nigh! Hell, I might even get a billboard and walk round the neighborhood wearing it…

People like that were seen as cranks, the problem with Elon Musk is that he has the power and the cash to make our lives less secure because he believes he is correct. He is also slightly to the Right… I say slightly – what a twat…

Twat: referral to the front bottom area of a lady, often also referred to as her fanny, not to be confused with the American fanny which is behind the vaginal area to which twat refers. Used as an insult to people who may lack intelligence.