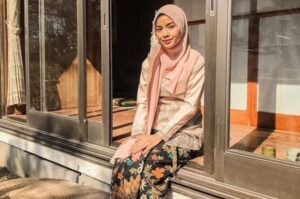 She fell 22 storeys. Hopefully, life left her before the sudden impact. The 26 year old Malaysian actresses lifeless body was found by an undisclosed caller who phoned it into the police station on November 11th at 12:50 p.m. The incident occurred in Juhor Bahru’s Taman Iskandar in Malaysia. She was pronounced dead by a medical professional from the Sultanah Aminah Hospital.
At this time, we do not know if it was from physical trauma and injuries, or if the after-life claimed her beforehand. Why would a seemingly happy go lucky young woman with everything going for her, jump to her death? So many of the outwardly happiest carry burdens within, and anguish is a relentless liar disguised as absolute truth as opposed to the passing emotion it actually is.

We can ask countless Intuitives, whose talents include communication with those who have gone before us; however, at this time we mourn the passing of a bright light who brought so much joy to the world through her dramatic acting roles, which included: “Dia Yang Ku Jadikan Suami.”

No one knows as of yet. We shall probably never know given her death was ruled as an unfortunate, unintentional accident. They’ll have the case closed by Monday, unless anyone having knowledge calls the number given by the local authorities. It strikes me as a bit strange that her obituary attempts to downplay her importance in the world, describing her as a “part-time” actress. So what? That doesn’t make her any less of anything. She was someone’s baby girl.

My condolences to everyone affected by her loss. Rest in Peace, Darling Child.