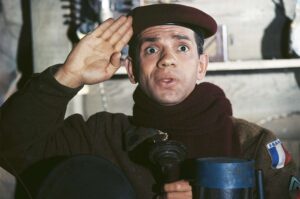 Robert Clary, known for his role as Corporal LeBeau on the classic sitcom HOGAN’s HEROES passed away November 16, 2022, at his home in Los Angeles, California. A cause of death was not provided. He was 96.

Born in France, Robert Clary suffered the anguish of war, being held in a Zazi concentration camp as a child. After WWII, he became a singing star in France, and in the late 1940s came to the United States to pursue and promote his career. Clary had a knack for comedy. Those skills led to appearances in stage productions on Broadway.

Ringside Report sends our condolences to Robert Clary’s family during their time of grief.