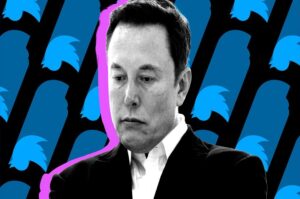 We were promised that it would all be different, but it feels like new dawn, different keech… In fact, new and less edible keech…

The distance from my work during the day to my work for the likes of Ringside Report is often the swivel of a chair. The pandemic gave many of us a new meaning to work/life balance as the opportunity to work from home presented itself big style.

For me it was an automatic choice that meant I was able to efficiently maximize my productivity. I just got better at things.

What might be a hell for me would not be the welcoming of work into my home – been there, done that – but the opposite direction. Taking my home and taking it to work… hell no… And so, the reports this week that Twatter-in- Chief, Elon Musk has turned Twitter headquarters into a “hotel” for staff is a trend that is worrying.

Now, the first fact, that there are quite a few less staff for Musk to accommodate than when he took over the company, is well enough known, but the new fact that work is becoming a place where you will also eat, rest and sleep, appears to be very intimidating.

Now, in fairness to Musk, he is not asking people to do anything he is not doing himself. He mentioned that he was going to stay at the company HQ until the “org is fixed” and apparently, he has been. How “comforting” …

The subsequent firing of those executives who failed the hardcore test will leave no one left in the building with a sense of security. Now, as we head off into the financial meltdown that has come from the pandemic and the global violence from Putin, the last thing they need is Big Brother at work with a poisonous macho culture. Many of us thought we had got rid of that toxin from our lives but here it is once again rearing its ugly head and making us all realize that the rights that truly matter are not the ones to bear arms, but the ones which protect the rights of 21st century humans to a balance between what they need to do to put food on the table for their families and in what state they are to spend time with them thereafter.

And, yes, it is easy for people in the UK to criticize, because we often have the arrogance to believe that we have a better work life balance than most because we have state intervention to protect our frontline workers along with a welfare state for the most vulnerable.

But things are very far from rosy over here. Many of the essential workers who got us through the pandemic are striking. They have been treated appallingly by our government and they deserve to be paid much better. The services in which they work have suffered year-on-year cuts and financial constraints, meaning they are now so lean, in parts of the UK, they are non-existent. The United Kingdom is in a crisis of itself. It has severed ties with Europe, and this has meant the very identity is being reasserted by people unable to identify what that is supposed to be: it has brought a lot of heat down on the UK Government.

When we were in the pandemic, there was talk about what we were going to create and change, about the way we lived our lives. We have come out the other side and it feels like all we have done is managed to beat a bug and then looked to bugger up all the lives of our citizens once again by demanding that they put things back the way they were before the bug hit. Nothing has changed.
But the big guys have got bolder again. Musk is flexing his muscles.

Of course, a bit like Al Capone, the way to get people like Musk is on the little things and the San Francisco planning department and people who look after building use may well be on his case.

However, as we look to the future, it is not easy to see how the little people will be protected against the monsters that have hidden behind their cupboards and are now emboldened to come out and create their own play area.

For me, I recognize I am fortunate. But you move nothing forward by being selfish. We need to combine and make a stand for the workers in Twitter, as this is clearly a critical time for them to be supported. Count me in.

Otherwise, all we are endorsing is the same keech, just a different day…