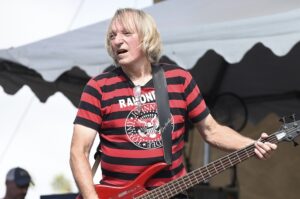 Rick Anderson, the bass guitarist for the band The Tubes, passed away December 16, 2022. Anderson’s cause of death has not been announced at this time. He was 75.

Anderson his fellow bandmates formed The Tubes on March 22, 1972, in San Francisco, California. Their 1975 debut album included the single “White Punks on Dope”, and their popular single “She’s a Beauty” was a top-10 U.S. hit. The video for that song was frequently played during the early days of MTV. After the release of their debut album, The Tubes followed with an additional seven studio albums. In addition, the band appeared in the film XANADU (1980), singing the rock portion of the cross-genre song “Dancin’” opposite big band.

Ringside Report sends our condolences to Rick Anderson’s family during their time of grief.