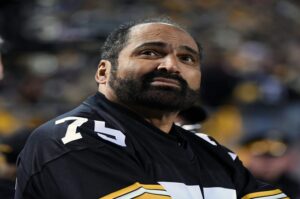 Pittsburgh Steelers legendary running back Franco Harris passed away December 20, 2022, at his home in Sewickey, Pennsylvania just hours after he did a radio interview. No cause of death was given at this time. He was 72.

Harris died days before the 50th anniversary of his iconic “Immaculate Reception”, a game-winning touchdown catch which led to the Steelers to victory against the Oakland Raiders 13-7. Harris played for the Pittsburgh Steelers from 1972-1983. Career highlights include being a 4x Super Bowl champion, a Super Bowl MVP, an NFL Offensive Rookie of the Year and an inductee into the Pittsburgh Pro Football Hall of Fame.

Ringside Report sends our condolences to Franco Harris’ family during their time of grief.