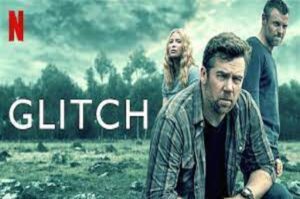 Do you know those shows that have you reaching for a cigarette when there’s one in the ashtray and another hanging from your lip?

Suspenseful ‘OMG! What’s going to happen next’ shows that have you at the edge of your seat, unable to break away? This is one of those.

Three seasons were the perfect amount. It was enough to finish watching the series AND get holiday shopping completed, thank you, Amazon, l no thanks to Elon Brusque.

Unlike zombie flicks that have hideous creatures emerging from graves, with no minds, memories or logic, this one had normal looking folks stepping out in perfect health, a tad confused at first, but ready to rumble after remembering their past lives.

The local police chief goes to inspect the call of a disturbance at the local cemetery, and upon arrival, sees naked people digging their way up out of their graves. Watching in horror, he recognizes one to be his beloved wife, who’d passed away two years prior.

Yes, the dead re-emerge into the land of the living in this series, but how and why are two of the many questions. The newly risen would like to know as well.

You’ll fall in love with each of the characters as their stories unfold.

The tag line for the show is: “Some secrets down stay dead.” That’s enough to take a gander, it’s it not?

Both the show on the screen as well as the ones playing out in our world have quite a few things in common. We are all connected.