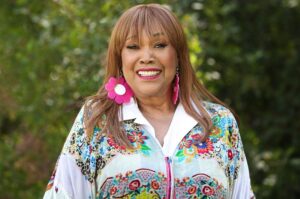 Singer Anita Pointer, best known as a founding member of the legendary vocal group the Pointer Sisters, died of cancer on December 31, 2022. She was 74.

Anita and her sisters, Bonnie and June, formed the Pointer Sisters in the late 1960s and found fame in the early 1970s when their song “Yes We Can Can”, which was led by Anita, reached No. 11 on the Billboard Hot 100. In 1974, their song “Fairytale” became a hit on the country music charts. The success of that single enabled the Pointer Sisters to become the first black female group to perform at the Grand Ole Opry. “Fairytale” also won the group its first Grammy Award for Best Country Performance by a Duo or Group.

The Pointer Sisters continued their success throughout the 1970s and 1980s, producing 9 studio albums, and became music icons through their many hit songs including “Fire”, “He’s So Shy”, “Slow Hand”, and one of their most familiar tunes “I’m So Excited”.

Ringside Report sends our condolences to Anita Pointer’s family during their time of grief.