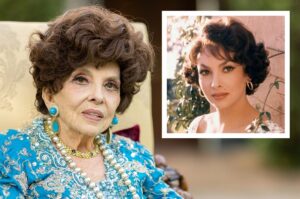 Gina Lollobrigida, the Italian actress who was known for her roles as Esmerelda in the 1956 film THE HUNCHBACK OF NOTRE DAME and the Queen of Sheba in SOLOMON AND SHEBA (1959), passed away January 16, 2023, in Rome, Italy. No cause of death was given. She was 95.

At the time of her death, she was one of the last surviving stars from Hollywood’s Golden Age. Lollobrigida was a beloved movie star in the 1950s and 1960s- having appeared on-screen with some of Hollywood’s greatest leading men including Humphrey Bogart, Rock Hudson, Errol Flynn, Frank Sinatra and Yul Brynner.

Ringside Report sends our condolences to Gina Lollobrigida’s family during their time of grief.