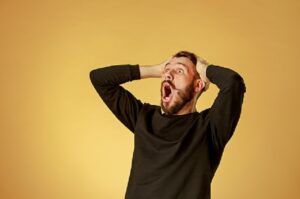 A bawbee cat may luk at a king

It is always a particularly difficult realization that they are much like the rest of us and have frailties, even faults.

Over in the UK, the news that President Joe Biden has been found to have documents in his possession that he should not have had – like Trump in Mar a Largo, has come as a bit of a surprise.

Classified documents should not be out the office is clearly a mantra that has not quite managed to get into the Oval Office with sufficient moral rectitude and seriousness.

Given the furor over Donald Trump’s alleged taking of classified documents, there must be a similar furor over what Biden has, allegedly, done. It is only fair.

Now, we are not quite sure what a special counsel is, in the UK, or what it will do but we are truly sure that it sounds sufficiently unpleasant and will no doubt bring some clarity to the table. But there is an opportunity here for the Democrats. They can show without any doubt, that the Biden way of doing things is more open and honest than the Trump modus operandi.

And that takes courage and faith.

But, whilst the President has his troubles to deal with, we have a troublesome Prince, who has brought some of those troubles down upon his family. I have written here before that I am not a Royalist and do not believe in the Royal Family as an institution. In the United Kingdom, Harry’s memoir, Spare, has been received with equal horror and fascination.

I am not particularly interested in much of it but the media angle and the way in which he and his family have been perceived within the UK holds my attention. From the sidelines, it looks like Team Prince William are winning hands down. Harry is painted as a discordant figure who is using his profile to settle personal scores. Few people think he should not be settling them like he is, and a significant number believe that the public way in which he is going about this is dreadful.

Of course, all his revelations have caused debate and discussion in talk shows, daytime television and nightly news bulletins as well as a frenzy in the printed press, but we are all rather tired of this little family feud taking up so much airtime. It is a soap opera which has been going on for so long that boredom was absolutely going to settle in, and we can but hope that this is a dogfight that has an end. Soon. And by the way nobody believes it shall end in reconciliation.

The villain of the piece for most is Meghan Markle.

The narrative is that she has turned Harry’s head, and this has led him to turn his back upon his family. What power she wields.

The reporting of it all is very uncomfortable. Most of it is simply racist. Markle’s power over her husband and her pronouncements are jumped upon as eagerly as cup final tickets, which means that we are awaiting the latest trash talking TV host or opinionated right wing press journalist to sharpen their poison tongue and deliver yet another verdict.
But we have seen it all before. With Harry’s mother.

Before she became the “Princess of the People”, she was a pariah. Before she assumed the crown of the “Princess of our Hearts” she was the over entitled, commoner who should not be Queen. And before her death she dared to date a Muslim.

Like Harry, her choices were made through her heart. She wanted to be the one who changed and modernized the family into which she had married, but The Firm, the institution was far too strong for her. She gave up and walked away when it was clear that her husband’s heart was given to another. Charles should never have married her, that is clear and in fairness it was convention which truly blocked his heart too.

But these are observations from the sidelines. From a humble member of the commoner class who is looking up at those above and wondering to what should we aspire and with what should we admire? Soon, all of Scotland shall celebrate the man who once said that we are “Aw Jock Tamson’s Bairns”. And so, we are. We need forgiveness and to stop, standing and staring at those who appear to be better than ourselves and accept the frailties we all exhibit, expect less of us all when faced with strife and trouble and celebrate the humanity we can see around us when it is kind and gracious. Biden’s woes and Harry’s troubles have kept plenty of good news off the front pages, but we should demand it retreats and we get in with doing what we need to save the planet and be safe in the one place we can call home, the place that makes us human, where we can get on with our neighbors and show some and understanding and, and, and … just get on with life – whadya reckon? Think that might happen anytime soon? I truly hope so as this bawbee cat looks up and catches his breath at where it has all landed us – I luked at the king and found him wanting, is not the headline we crave.