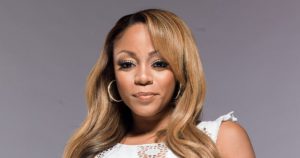 LaTavia Roberson is best known as the co-founder of the R&B hit group Destiny’s Child, one of the world’s best-selling girl groups of all time. Roberson has sold over 25 million records with Destiny’s Child. Her work has earned her several awards and nominations, including two Grammy Awards, three Soul Train Music Awards and eight Billboard awards.

LaTavia is the newest face to step into the world of boxing. Her successful entertainment career has provided her with a wealth of knowledge and brings management skills of the highest level to the next generation of boxers. She has had a love and passion for boxing since she was a little girl.

“My business partner Alfred Adams called me about this. I used to sit at home and watch boxing with my father and Grandmother. I love the sport, and I am excited to be involved in it,” said Roberson.

“This makes sense for me because I have always been a fighter myself. Maybe not in the ring, but in life. I want to represent people who want to fight, and have those same kinds of qualities.”

She has partnered with longtime friend and business partner Alfred Adams. Adams is a retired venture capitalist. “When the idea came to mind, I wanted to make sure we would put the very best people in place to give the fighters the best management team possible.” Adams said. Roberson has done that without question.

Roberson added, “I want to be a mother-figure to my boxers. I have a great team in place led by Alfred, and I want to nurture these athletes. I don’t want anyone to screw them over. I have learned that when you are poorly managed, the results won’t be up to par, and I want to make sure our fighters get the utmost care.”

From a sponsorship stand-point Adams called long-time friend Randy Jackson from the rock band Zebra to help facilitate this process for their fighters. Adams and Roberson knew at this point they had the right front office people in place to make the best possible decisions for their fighters.

“I want to be a household name in the boxing world, and I want to manage world class and world champion fighters. I feel with the infrastructure that we have in place, that will become a reality in the very near future,” Concluded Roberson.