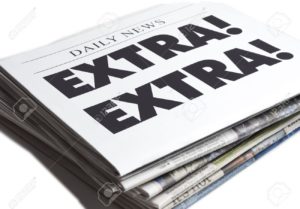 International Vegan Film Festival – described by its director as the world’s first of its kind – is set to screen its “Best of” World Tour in Scottsdale, AZ at the AZ Vegetarian Food Festival & Symposium.

The AZ Vegetarian Food Festival & Symposium presented by U.S. Veg Corp, which takes place on February 15-16, from 10am-5pm at the Scottsdale Civic Center Amphitheater (3939 Drinkwater Blvd, Scottsdale, 85654) will showcase shorts and (sections of) feature-length films with a vegan subject matter from filmmakers around the world on Sunday from 3:50pm-5:00pm

The screening is included in the AZ Vegetarian Food Festival & Symposium ticket price. Tickets are available from the festival website www.azvegfoodfest.com.

Unlike other vegan film events which are one-off, local screenings, the International Vegan Film Festival Director Shawn Stratton says his aim was to show a unique variety of quality vegan-themed films from around the world and make the festival an annual international event.

In 2019 the Festival welcomed 40 film submissions, both short and full-length features, fiction and documentary from 13 countries totaling over 15 hours of vegan-themed films. “All entries were submitted into one of four categories and were viewed by a pre-selection Committee chaired by the Festival Director and Programming Director. Finalists chosen by this Committee were then screened by an appointed international jury.” This year, over 60% of the submitted films are female-directed.

Director Shawn Stratton says his aim was to “show a unique variety of quality vegan-themed films from around the world with the purpose to educate, inspire and entertain vegans and non-vegans alike.” Stratton supports vegan-themed filmmakers by providing an avenue to show their films to new audiences, providing recognition for their passion projects.

The 5 Films to be Screened

Bucking Tradition, United States
Directed by: Sharon M Boeckle
Bucking Tradition explores one of America’s most iconic competitions, the rodeo. With thousands of events held across the nation and around the world every year, this “sport” is hailed by some as one of the last traditions of the American West. By others, it’s decried as one of our nation’s last legalized forms of systematic and brutal animal cruelty masquerading as sport and family entertainment. Do some traditions deserve to die? Maybe they do.

Coming Closer, United States
Directed by: Meghan McClymonds
Farmed animals’ individuality, lives, and deaths go unseen and unrecognized by much of society. But the activists of Portland Animal Save, led by a collective call for compassion and justice, choose to bear witness to and shed light upon cows who are brought to a local slaughterhouse. This film invites viewers to explore their own perceptions of the personhood of the nonhuman animals who are exploited and killed for and by humans.

The Farm in My Backyard, Canada
Directed by: Jo-Anne McArthur
In many countries around the world, markets for fur are closing down as demand wanes. But in the tiny Canadian province of Nova Scotia, the government is putting its own citizens’ well being second to this controversial industry, doubling down on its support for the fur industry despite its devastating impacts on the environment, animals, and the local residents pleading for change.

Planet Vegan is a multi-part documentary series exploring the global rise of the vegan movement. Episode one focuses on the many ways that meat will be much different in the future and how some companies are already changing the game.