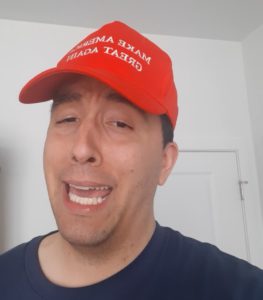 “I think he (Donald J. Trump) is one of our worst citizens, not just clearly the worst President.”—J-L Cauvin

With my recent decision for the most part, to get off of “FakeBook” or “RaceBook”, due to the games they play with many on there with bans and blocks, I have moved to my Twitter account (@BadBradRSR) to promote my writer’s at Ringside Report.com work and to also speak out freely about Donald J. Trump along with other social issues without being censored! Over recent weeks, I have enjoyed following many on Twitter who do the same! One of those people is hit singer and songwriter Richard Marx, who’s work I have always enjoyed going back to my teenage years in the 80’s. Richard is, without pause, using his voice at every turn to speak out against Trump. He is also bringing, through his music and videos with his wife Daisy Fuentes, a calming presence to the world in a time of a pandemic known as Covid-19.

Recently Marx shared a video of standup comedian J-L Cauvin doing an impression of Donald J. Trump with a red MAGA hat on. It was one of the funniest things I have ever seen in my life! Cauvin has, as I call him, “Orange” Donnie’s (AKA “The Petulant Child – In – Chief) voice down to the point if you close your eyes you don’t know the difference!

From there, I watched other videos of Cauvin too. There was footage of his standup act. Not only is this cat funny, he has a brilliant mind (former lawyer) with a diverse cultural background. When the world gets back to normalcy when we finally defeat Covid-19, Debbie and I will be going to see him if he comes to Indiana or Illinois! In the meantime, you can click at the end of our interview to go to his website to see more videos or follow him on Twitter at: @JLCauvin

BB: Let’s start at the beginning! You have an interesting background with your mom being Irish-American and your father Haitian. What does the diversity you were born with bring to your stand up comedy?

It gave me a lot of funny, occasionally dark stories to share. My parents married in the early 1970s when interracial marriage was a lot rarer than it is today. But I also look Italian to most people and that has led me to hear a lot of racism first hand, which I can sometimes turn to humor, at least in my act.

So, the main thing it is has brought to my comedy is the perspective to discuss things as a bi-racial person who is often undercover in white crowds.

BB: We both are born and for the most part, bred New Yorkers. You were a city guy and I was a 20 minute guy (Westchester County) from the city. What are your fondest recollections of the city that never sleeps?

I have only been out of the city for 7 months, but I miss the subway. Weird thing to miss I guess, but I miss knowing that trains were always coming, rather than guiding my life by the schedule of the commuter transit hell that is the New Jersey Transit.

BB: What is the biggest change in NYC since you were kid that you see today?

A lot more banks and chain restaurants and stores, presumably because they are the ones who can afford the rent in Manhattan.

BB: At Williams College you were on the varsity basketball team. Did any of your experiences help you in your comedy career years later?

I was not well-liked at first on my team, but by the end of my freshman year, I had won the team over with my impressions. I think that put the idea in mind, rightly or wrongly, that being funny was a way to make friends. I had always been the funny one in my group of friends since elementary school, but college hoops were the first time it felt like I could change people’s assumptions about me by being funny.

BB: You graduated law school (in 2004) and were an ADA in the Bronx. What was it like performing that job? Best and Worst things about it?

The best part of the job was feeling like you were part of something important. When done right, being a prosecutor is an important job in a community. The worst part was that sometimes the job felt more like a processing factory than a place to do justice. When you have so many cases there is only so much care and effort that can be applied to each matter, especially the smaller ones, even though to the victim or accused, that “small case” is probably still a very big deal to them.

BB: From there, you moved on to a large law firm. I have always felt there are four types of justices in this world; Rich, Poor, Black and White. What are your thoughts on this statement?

The firm I worked at was mostly civil work, so it was not criminal defense, but I do agree with that statement for sure. But since I am or have been all four of those things, I hope I get to choose if I ever find myself caught up in the system. 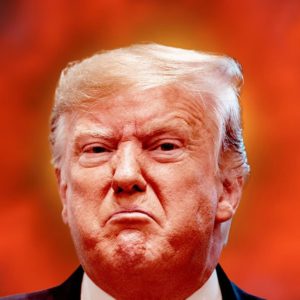 BB: Fast forward to today… You have based on your posts, been up and down with your comedy career. Right now, you are hot again with the Donald Trump video impressions which are hilarious and spot on! With that said, it’s no secret I despise Trump as a human being and I think he shits on the office of the president daily! What do you feel about him as an American and a New Yorker who we both know, is a state that for the most part, detests him!

I think he is one of our worst citizens, not just clearly the worst president. I genuinely believe he is the embodiment of every problem that our country has – racist, sexist, immoral, lacking in intellectual capacity or curiosity, willing to cause harm and hate to benefit himself and completely and solely motivated by stroking his own ego. You couldn’t come up with a worse list of characteristics for a human being, let alone a leader.

BB: Greatest lawyer in US History?

Jose Baez got acquittals for Casey Anthony and Aaron Hernandez so he has to be up there.

BB: Who is the most impressive sitting judge active or retired you came across?

One judge, while I was at the DA’s office wanted to set me up with his niece. It never happened as I had a girlfriend at the time, but his judgment was impeccable.

BB: Most influential law case in the US just in your lifetime so far?

Either Citizens United v FEC (which allowed all these super PACs) or Shelby County v Holder (which gutted the Voting Rights Act and allowed many red states to start making voting harder for mostly minority communities.) 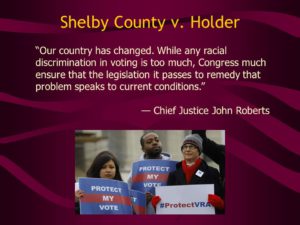 Here is a round of fast rapid questions… First thing off the top of your head is?

All time – either Jim Carrey or Tom Cruise.

There’s Something About Mary. 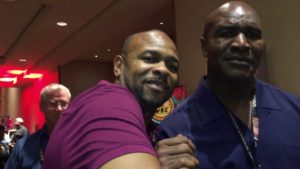 BB: Who are your two favorite fighters of all time and why?

I am not a big boxing fan, but I can say that Evander Holyfield was always great to watch because he seemed to be an absolute warrior and I was always stunned by Roy Jones, JR. in his prime – the speed and power.

BB: What is the greatest fight you have ever seen?

Does Rocky Vs Ivan Drago count?

BB: Have you met any boxers and if so, do you have one story that sticks out?

I walked by Mike Tyson on the street in Los Angeles in 2007. It felt like walking by a loaded weapon (he was just having a nice conversation with two women, but this was pre-Hangover Tyson so to me he was still the scary boxer from TV).

Laughter (when it is for me!)

Smoke alarm in my apartment.

I don’t really vacation a lot so I feel like Disney or my couch are the two most honest answers.

Not really a car guy. KITT from Knight Rider.

BB: What is one thing you ever did that you are still shocked to this day you tried?

I was so tall as a kid that I was able to meet the height requirement for roller coasters when I was 6 or 7 and went on one. I am terrified of roller coasters as an adult so I am still surprised at the courage elementary school me had.

Jesus Christ, can you put in a good word with your Dad?

BB: I am going to flip the mic over to you… What is one question you have never been asked, but wished that you had been? What is the answer to that question?

If you could do it all over again would you pursue stand up comedy? Probably not – too many personal and financial sacrifices in a business that invariably makes you a little or a lot more self-centered. I love comedy, but I don’t think it has been a net positive for my life.

BB: Before we close out with my last question. What message would you like to send to your fans during this difficult time in the world with COVID-19?

Listen to the doctors and if you need a laugh watch my videos. 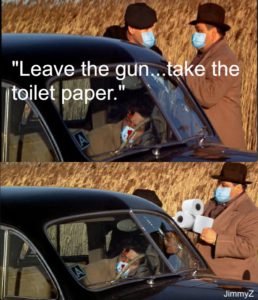 “Leave the gun, take the cannolis”.

To Book J-L go to his website by clicking HERE. 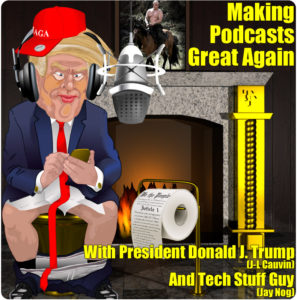