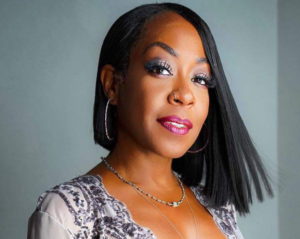 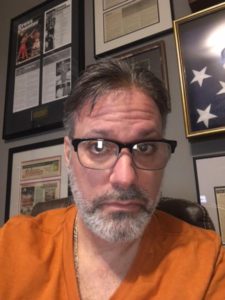 In the early 90’s while I was stationed in Washington, DC with the US Navy, a hit showed aired on August 27, 1992 on the Fox Broadcasting Company Network called “Martin”. It starred Martin Lawrence, Tisha Campbell, Tichina Arnold,  the late Thomas Mikal Ford and Carl Anthony Payne III. It was must see TV!  All of the cast was hilarious, but my stand out character that always had me on the floor was Pamela James played by Tichina Arnold.

In the proceeding 28 years since Martin debuted, Arnold has went on to have a successful acting career in both TV and film.  With a Covid-19 pandemic going on today, Tichina and I did our responsible duty as Americans to social distance…  In this exclusive Ringside Report interview, my questions for our Q & A are listed first and then, you can scroll down to the end of them to click on the audio of Tichina giving her answers.

BB: Let’s start at the beginning! You were born in Queens, New York. At the young age of four, you showed in your family’s church a knack for entertainment. How did your parents at that time nurture that talent you displayed at such a young age?

BB: We both are born and for the most part, bred New Yorkers. You were a city kid and I was a 20 minute kid (Westchester County) from the city. What are your fondest recollections of the city that never sleeps growing up?

BB: What is the biggest change you have seen in NYC since you were born?

BB: You have worked in plays, TV and movies. What is your favorite medium of the three and why?

BB: Your most recent project was “The Main Event”. What was it like working on that set?

BB: Out of all the actors you have worked with over the years, pick two that really stand out and what are your thoughts about them?

BB: Who is your favorite boxer of all time?

BB: What is one thing you ever did that you are still shocked to this day you tried?

BB: I am going to flip the mic over to you… What is one question you have never been asked, but wished that you had been? What is the answer to that question?

BB: You have a powerful voice because of your successes in the entertainment field. I have always believed in using what God gave us to try to influence our youth today. What message would you say to the young boy or girl who inspires to get into acting?

BB: Before we close out with my last question. What message would you like to send to your fans during this difficult time in the world with COVID-19?