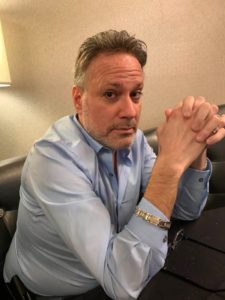 I’m a woman who came into her own in the late 60’s and early 70’s. When Marvin Gaye sang “What’s Going On”? My generation took it as our anthem asking right along with him. We saw many things that were brutal in our country and we fought back at every turn. Now in my late 60’s I see a country in turmoil like it was then. George Floyd and Ahmaud Arbery murdered! Trump destroying the country through evil and racist vitriol and cops getting off when they are murdering African Americans. We must rise up. White, Black and other. No matter what part of society you are from no matter what religion you subscribe to. We did it before, and we can do it again. Thank you so much for giving me a platform to have my voice heard. (Editor note: Pamela powerful words! I actually listen to Marvin’s 11-minute version of that great song almost daily as I write to help my creative juices flow. My platform as you know is yours and anyone else, so write in anytime!)

I follow you daily on Twitter sir. Your tweets move me to the point of tears many times because you speak like Bobby Kennedy did in my youth and moved a generation. Straight to the point, bluntly at times, but always with compassion. I had to google you. Hope you don’t mind. No, I am not a stalker but what I found shows me who you really are. Naval service for 20 years or as you say, (20 years and 28 days), boxer, boxing writer and TV star. If that wasn’t enough or your plate was not full enough, civil rights fighter and social issues defender.

You sir, are what it is to have given a life to the betterment of your fellow man and woman. I applaud you. Have you thought about running for any office where I would run your campaign for free? I mean it! You will be hearing from me often on my thoughts and from my VFW group who may not be in the majority, but we detest everything about Donald J. Trump who unlike us, was a draft dodger when we went to a foreign country we had no business in and fought a war we had less business in while he got five fake deferments! Potz on him! (Editor note: Danny, first of all, thank you for your service my “Brother In Arms”. Yes, it does seem like far too many veterans are for Trump. As we both know, he is not for us at all! Nothing, but BS rhetoric! I am humbled by the comparison to Bobby Kennedy who I also admired in many ways. Yes, he has his flaws like any man of flesh does, but his level of compassion was never in question. Though I was less than two months old when he was tragically shot down, I always felt from my research he would have made a great president and better than his brother Jack was.)

Hurry Joe and Pick Your VP

I wish Biden would pick his VP already because he needs some strong news cycles already. (Editor note: I agree Biden does need some real big new cycles, but let’s not rush him to pick without vetting something Trump and his mamalukes didn’t do once!)

November is coming. Please all readers of your column get to the polls if they are open or mail in your ballots if we go that way. We must get Joe Biden elected and in the insanity of Trump! (Editor note: You nailed it! It’s our civic duty to vote!)

Use the form box below and pull the menu down to send your “Letters to the Editor” to: “Bad” Brad Berkwitt. Please add your name, city, state or country where you are writing in from in the appropriate boxes. We always like to give credit to our readership.