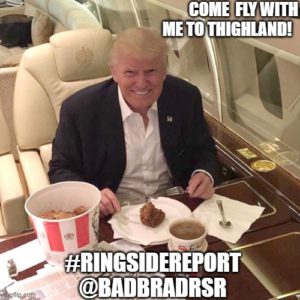 I am so mad, those awful fake news reporters, you know the ones who always ask the questions I don’t like, and they keep asking, trying to get me to tell them the truth, as if, right. Well, today, they were so mean to me.

They were asking why I had retweeted that video by the nice lady doctor who said that I was right, that hydroxy drug, would cure Covid. It was so bad when Twitter deleted my retweet, and now those mean reporters were asking me why I would say that I still believe that it works to cure that virus that just won’t go away.

I think she’s right, and everyone else is wrong, especially Fauci, because he is always saying that it’s not true, that we cannot use it to treat Covid. They even asked me why I didn’t check her out first, to see what she was like, you know, to make sure that she was all there. One of them even said right nasty to me that as president, isn’t it my responsibility to make sure whatever I tweet out is based in fact, or can be proven to be reliable, trustworthy or factual. Well, I can’t remember the word they used, but it was one of them, well, excuse me, reporter person.

If I checked everything I tweeted, then I wouldn’t be able to tweet so much, or even at all. It’s not like I ever do that, I see something, then I retweet it; or as soon as I think something, every once in a while, or feel mad; right away, I tweet out what I am thinking. After all, it’s not like I’m not always right, remember, I am the smartest and bestest.

Oh, I wish they would just leave me alone, all they ever do is act like that with me? Why can’t they be nice for a change? It’s not like I have done things that would make them treat me like that. They just keep poking at me, and I don’t like it.

Well, today I did something. I walked away when they wouldn’t stop asking me about her, after I said that what she had said was important, and they kept asking me stupid questions. Hah, that showed them. I am the important one, they are just stupid fake news people. Now they know, either ask me questions I like or I will just leave.

Well, now I have to deal with the angry people in the office, they don’t like it when I am the smart one, like I was then.
Bye for now, hope I get to talk to you soon because you are my real friend, and you listen to me.