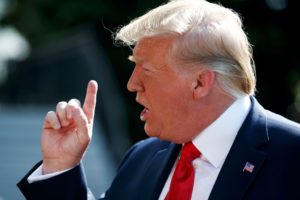 It has been so hard lately. I am trying to get people to vote for me again later on. I have to win, cause it will prove just how good I am, and how much everyone loves me. It will prove that I am good at stuff, even without training. I don’t want to be a one term loser, because then people will think I am no good. That’s not true though, cause I am the best. I have been trying to get people to like me again, by doing things like getting the schools to open so that the parents can go back to work, and once they are making money again, they will be so happy, and they will stop complaining about getting enough to live on.

I don’t know what they are talking about, we gave them that big $1200 check, stimulus, I think the boring ones called it. They also got money for not being at their jobs, how lucky are they, imagine getting to stay home and get paid for it. They should be thanking me, not saying horrible nasty things about me. I deserve to be treated just as great as I am, but they don’t understand that, they actually say things that hurt my feelings. I don’t like them, if I didn’t have to give them the money I wouldn’t, but the ones in the nasty office keep telling me that I have to do it for the people.

Why should I care? Me and my family are fine, they should be taking care of themselves, why do I have to do everything, when do I get a chance to just relax? No one ever said that being president would be like this, I really thought it was a cool job, so I decided I had to win, I couldn’t let that smartypants Hillary win, she thinks she’s so much better than me, just because she went to law school; I could of done that if I had wanted, but ugh, the thought of having to read all those books, and all the boring work afterwards. Plus I couldn’t play my games with people if I was working all the time like lawyers do, well, some of them do, like Hillary, she always worked hard; but not the ones I know really well.

I just had to get away for a little bit, before they drive me crazy, imagine it, I am having to work instead of going golfing. I just want to have some fun, and you know who, well, she won’t even look at me, she doesn’t like me that much anymore, so I am stuck here, and can’t do anything, you know what I mean? Why, that had never been a problem before, but now, everywhere I go, people are watching me. I guess it’s cause they really love me, and feel grateful that they get to be around me. I can understand how they feel, because I am great, you know.

Well, buddy, got to go for now. I can hear them looking for me, they will be here in a few minutes. I got to put you away for now, they can’t find you.