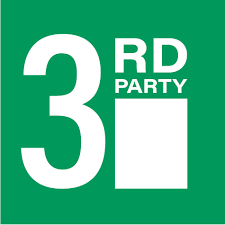 It is probably well known that western Washington has a tendency to lean left. Particularly the Puget Sound region, which is historically as likely to vote for an anarchist as a Republican. Seriously, there are anarchist camps just west of Puget Sound. Something that comes with a left leaning citizen is habit of being extremely critical of their elected officials. Regardless of party affiliation, politicians in western Washington face a population remarkably comfortable with the “burn it all down” philosophy of government.

Being from this political environment, I was introduced to the reality of corruption within both parties long before Trump’s takeover of the Republicans and the Bernie or Bust views on Hillary’s nomination. Truth is, I still struggle with many centrists Democrats and their views on how to help Americans. There are many issues I would love to rant on that I feel a total lack of support from centrist Democrats, Joe Biden included. But guess what? I am not going to rant on them.

Those who support voting third-party remind me of me, 15 years ago. Many brag about their “political awakening” and encourage others to join them. Well guess what, your political awakening happened 20 years ago in western Washington, and we still vote Democrat. Both parties are corrupt? REALLY? YOU DON’T SAY? Said every western Washingtonian in their most sarcastic voice. You work with the options you have, and the progressive wing of the Democrat party is actually a pretty good option.

The system is the system. Should there be more than two viable political parties? I believe there should. I believe that healthy democracies are defined by having many parties who then have to come together and compromise. It would seem a legitimate way to provide a voice to the multitude of opinions that all nations have. But America does not have that system. For better or worse, we have a two-party system. Something that is not going to be undone by a protest vote in one of the most contested elections in global history.

The Green Party will not win this election. Nor any presidential election in the near future. Nor will any other third-party. Why? Because that is not how political parties are built. You want to build a progressive party? Start from the ground up. Run mayors and state representatives. Get some sheriffs and commissioners in office. But to jump to a President? Is simply not realistic.

Voting third-party in this election is a vote for fascism. One may frame this vote in any sort academic sense you like. And academically, I would probably agree. But that is not reality. Join us in reality and know that in 2020, your third-party vote only means you are comfortable with Trump. As a proud supporter of Bernie Sanders (long before his bid in 2016), I can firmly state that we need to listen to him. He has begged his supporters to vote for Biden and he has done so because it is right. It is intelligent. And it is moral. Voting is not a fantasy. It is real and people’s lives are held in the balance. That is why I voted for Clinton in 2016 and that is why I am voting for Biden in 2020.

Perhaps in the future, after years of concentrated party building at the local and state levels a third-party candidate will claim a governorship. After establishing that legitimacy a new party could arise and provide a needed voice in American politics. But that day has not yet come. Currently our best option is Joe Biden. Progressives will have a seat at the table, even if we are served the meal last. Extending this analogy, under a second term of Trump, progressives will be out in the rain, chained to pile of coal while police teargas us.
The day has not come when a third-party can offer any sort of legitimacy. You are just being petty. Vote for the only non-fascist that has any chance of winning. Vote for Joe Biden.