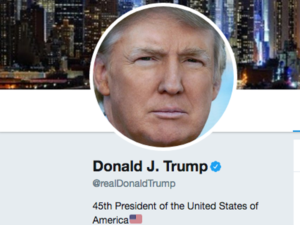 He aint no brother

Mr Trump is sitting in front of a whole load of M & M’s, a sheet of paper and an abacus. Also, in the room are the Orange Aid, Agent Orange, a frown, a gleeful expression and a thunderous angry face. Mr. Trump truly has many faces.

The one facing the desk is puzzled.

Just at that the door swings open and in walks Mr. Giuliani. For once you can see both his hands.

“Mr. President, have you worked it out?” he asks.

“Aw man, they aren’t peanut ones!”

Mr. Trump turns to the Orange Aid with his angry face and shouts, “Why didn’t you get peanut ones? They are my favorites! Donald always gets his favorites.”

Mr. Trump looks at Mr. Giuliani with his frown, “Have you seen my dance? I think I shall use it for my victory dance. I do this thing with my hands. And hey, why did they not use this technique for the counters at each of the counting houses? This two to me, one to them would have sorted this election. Now we have to STOP THE COUNT!”

He has been here for six hours, has gone through thousands of simple math to try and get Mr. Trump to see what he can and cannot do.

But before he can speak, Mr. Trump turns to Mr. Giuliani, and shouts, “You need to get “meaningful access” I don’t know what that is, do you know?” Mr. Trump is asking a pot plant before he continues without anyone interrupting. “But what good does that do? The damage has already been done to the integrity of our system, and to the Presidential Election itself. This is what should be discussed!”

Mr. Trump stands looking out at the front lawn of the Not So White House, “We have claimed, for Electoral Vote purposes, the Commonwealth of Pennsylvania, which won’t allow legal observers, the State of Georgia, and the State of North Carolina, each one of which has a BIG Trump lead. Additionally, we hereby claim the State of Michigan!”

Mr. Trump turns to the pot plant and nods. “We need a press release to tell the people. Take that down.”

Mr. Trump believes that the pot plant nods before he continues in his rant, “We are winning Pennsylvania big, but the PA Secretary of State just announced that there are “Millions of ballots left to be counted.” Wow! It looks like Michigan has now found the ballots necessary to keep a wonderful young man, John James, out of the U.S. Senate. What a terrible thing is happening! They are finding Biden votes all over the place — in Pennsylvania, Wisconsin, and Michigan. So bad for our Country!”

Mr. Trump continues in his flow, “ WHAT IS THIS ALL ABOUT? How come every time they count Mail-In ballot dumps they are so devastating in their percentage and power of destruction?”

He points at Mr. Giuliani and screams, “You need to get out there!”

Just then the door opens and in walks the nurse.

She has not been seen in the Not So White House for weeks. “Time for your medicine, Mr. President.” She tells him.

Momentarily confused, Mr. Trump realises there may be something wrong but the woman in front of him opens her left hand with what looks like peanut M & Ms.

He takes a whole bunch.

Wakes up the following day.

Apparently in the meantime he lost an election.

Whilst the author asserts his right to this as an almost original tale, any similarities to persons real or imagined are deliberate. However as there is little or no evidence that Mr. Trump loves peanut M & Ms, as far as he is aware, this is clearly fictional and never actually happened, though some of Mr Trump’s tweets have been used.

Donald J. Trump lost. He doesn’t want to say so, but he did. THE END…