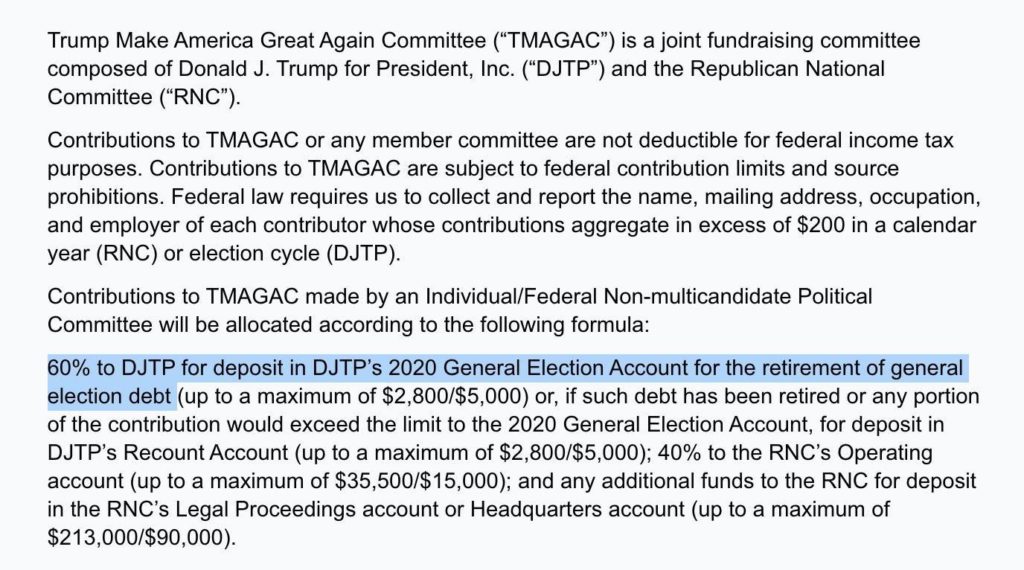 Last night, SkyBridge Founder and recent guest on The “Bad” Brad Berkwitt Show Anthony Scaramucci called out on Don Lemon’s Show on CNN the hypocrisy of the Trump Campaign!  In his discussion with Don, Scaramucci referenced an email he got from the Trump Campaign where they are masquerading their message of asking for donations to fight the 2020 Presidential Election which was called for President (Elect) Joe Biden last Saturday, but in fine print as you see in the above picture, they are using the majority of it (60%) it to pay for campaign debts.

This is yet another grifting scheme hatched from Donald J. Trump as his many others and needs to be called out as we are on Ringside Report!