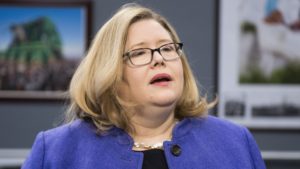 There are so many villains in America’s History at this time. We are embroiled in chaos. This is The Administration’s exact strategy. We’re kept too wound up to coherently process the constant emergence of corruption on top of fraud. We cannot investigate without all the facts needed to make sound determinations or round up and oust the compromised. We don’t need to look far to see corruption being played out right before our very eyes, that’s for sure. It’s everywhere we turn. Beginning with Trump:

We’re in the thick of this battle. This is the time to contact congress members, judges, state representatives, any and all who make up the collective voices for America.

Lindsay and McConnell have done harm. We cannot say to what extent because thus far, the few who have spoken out are being challenged by the alleged perpetrators. Every Democrat is balking. No one is being charged or arrested because the department of justice is also corrupt.
The United States Department of Justice has 113,114 employees in the supposedly non partisan Department of Justice as of 2019. Their annual budget is $29.9 billion according to Wikipedia. The compromised include A.G. William Barr, A.G. Jeffrey Rosen, A.G. Clair McCusker Murray, Acting Associate A.G. Jeff Wall among others. Why don’t those with the power of the purse defund the DOJ? They hold the purse strings. They’re not serving we, the people. They’re serving themselves. This is an honest question. I’m no expert. I’m just tossing out hypothetical solutions.

Of all of these American Traitors, the one who truly twists my tweets to tatters is the foul Emily Murphy.

“Who DAT” is right. We’ve never heard of this mammoth beast. I refer to her nerve. This S.S. (Super Shifty) woman; an appointed truck-load of partisan waste, is currently seeking employment; therefore, she knows what time it is. Now that we’ve begun with that, her job as the “head” of the General Services Administration is to “authorize” and “ascertain” the results of the election. the start of presidential transitions. She’s not doing it.

I don’t know about you, but in my job, when someone didn’t do what they were hired to do, they were let go. When they were ABSENT, another person took over. I’ll leave that there.

If she were a Karen on tiktok, one video, retweeted with “Twitter, do your thing” would be all that it took to know EVERYTHANG about said Troll.

How many Karen’s and Dick’s haven’t we gotten fired, brought to justice as best we could. We know we have a long way to go; ergo, the reason we should be doing everything but sicking, Teresita, the toothless chi, on her. The American Flag needs to include Jackson Pollack-esque drippings to symbolize those that have paid for our freedom, with their blood. JS. I digress, but I’ll say it again.

A former director of the US Office of Government Ethics, Walter Shaub, JR., who worked during the Obama Administration, 2013 – 2017, accused Emily “Murphy’s Law” of playing politics with her job calling her a “partisan loyalist putting her loyalty of Trump over her duty to the American people.” There’s a juicy article in the New York Review of Books.

Does Emily receive the same benefits as others in the administration? Can she be arrested for treason, a traitor to the country, by an average citizen? I wonder. Who CAN we arrest? If no one is stepping up to help us, how can we help ourselves lawfully and legally? We voted. There’re more of us than there are of them. We just proved that, so what Rock Concert of All The Galaxies, Time Continuum, including Heaven and Hell has to occur for Miss Emily to do what’s right?

Insiders; those holding a alleged bags of dough under their cloaks, attempt to paint her in soft pastels, to no avail. The difference between the Gore Bush 2000 race and this year’s Crystal Clear Landslide2020 are hardly similar, so I hope she’s not clutching her pearls over THAT card. It’s not working.

We’re being pushed to extents. We must push back or lose democracy. Joe and Kamala set up shop outside of the normal parameters and are busy doing their jobs. Musings on Twitter are that this delay amounts to American Lives. We’ve got to draw the line as many times as we need to without tiring from doing so.

The good news is that many American’s are tweeting about having gotten some form of much needed sleep. For those that beg to differ, 2021 is around the corner. I don’t know about you, but I’ll be using a twelve foot pole to push open THAT door.
I’m always curious to read others’ thoughts. Where do you see us headed with this? All of these gaps in the Constitution will have to be sealed tightly in 2021. What say you? If you’ve enjoyed this article or care to share your thoughts, please do comment and thank you. I will respond.