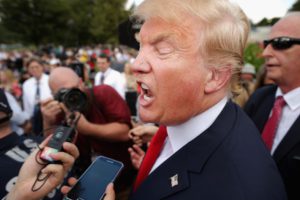 We must begin this “episode” with a mea culpa. It has been my pleasure to write these pieces (for which we have received a good few kudos) for Mr. Berkwitt and RSR, and to be honored to have been (and, hopefully to continue to be) able to present them to you through this medium. However, at this point in time I must ask for his and your continued forbearance, as, due to such not-minor concerns as the virus (fortunately, we have taken every precaution and have not been afflicted, but more on and about that below), occupational duties, and certain other issues, including participation in a number of activities which we are duty-bound to perform and/or be a part of, I have managed to fall behind in my presentations to this wonderful website. Be assured that, even with all of those duties and responsibilities, I will do my utmost to increase the frequency of my presentations hereon.

As you might have been able to divine from the title of today’s discussion, it is obviously about only one person, a person who started out simply as a liar, a lowlife and a complete jerk, but who, through time, has devolved into what can only be stated as our nation shame, if not tragedy.

There is nothing Donald Trump has been involved in during his entire sordid, sorry, deceit-filled life, which has not been shameful (at least to those of us who know the definition of the word “shame”), corrupt, or hurtful and harmful to almost every person who had the misfortune of being involved with a lowlife, low-grade, horrifically vile, degenerate, a man who, like Newtie the Salamander (Gingrich) has had no compunction about lying, cheating, stealing and philandering, those the least grievous of his innumerable and always vile actions and activities.

I’m certain that you all know “the list,” from his phony bankruptcies and phony military deferments to his having somebody take the SAT exam for him, his never-hesitating to cheat on his wives, his disgusting and criminal flirtations (if not embroilments) with criminals, dictators and a wide range of ne’er-do-well, many too many of them willing to lie, cheat and steal for him, at least before he screwed them in a litany of unending ways.

Well, ladies and gentlemen, now that you are aware of his positive qualities and good deeds, I will lay out (briefly) the latest in the sordid, disgusting and mob-worthy adventures of the Trumpster, for within the last two days, after returning to D. C. (I won’t go into the golfing, literally f’ing off instead of acting like and as a REAL president should and would, over the last several months, he has had the nerve, the chutzpah, the unmitigated cahonies to declare that the Georgia run-off election is illegal and to demand that it be cancelled.

My friends, neither we nor the world has ever seen anything like the likes of him, the largest used prophylactic (as I allowed to use the term “scum bag” hereon?) in world history, with the exception of only that crazy “dolf,” even outdoing the likes of massive pieces of feculent feces such as Newtie the Salamander, Ken Starr and other shameless, FAR right wing lying garbage, the only one of whom has ever come close, even with the competition from such as Glen Dreck, Michelle Malformed, Whoreah Ingram and Spawn Hannity, along with the rest of the Fox News GARBAGE, is and has been Lardass Limbaugh.

Suffice to say, we must, at this point (and this from an avowed agnostic) pray that that bum, that degenerate lowlife, that lying piece of vermin, is absolutely out on January 20th. In my next column I will discuss what I think and believe he will try to pull when the criminal charges are brought against him. Please stay tuned, and with all good wishes for a much better 2020.