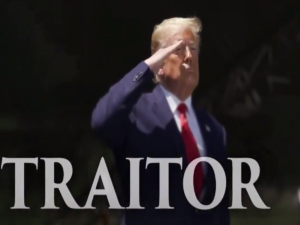 “A serious attack on democracy.”

From a country once said by George W Bush, to be economically backward, because it did not have a word for entrepreneur, that sounds like stinging criticism, courtesy of France.
As we all, around the world, tuned in to the news on Wednesday we all feared about the future. I cannot say how much the pictures of the assault on democracy, the taking over of Capitol hill did to damage America, because that has still to be measured.

With the last four or five years of the subliminal assault of democracy having been in the White House it should not shock us too much – should it? This is clearly the culmination of the lies and falsehoods perpetuated by the Commander in Chief who is the worst President in the history of Presidents.

Many of the people who spent time making comment upon it likened it to the fall of a dictator through the Velvet Revolution or the Arab Spring or the Orange Uprising in Ukraine. We thought another communist regime was being toppled. But no, this was a country which is proud of its democratic heritage, proud of its exporting of life, liberty and the pursuit of happiness and proud of its policy of send me your immigrants.

Where has it gone?

In one day, it exposed itself not just to the lies of its President but also to the fragility of the fabric that binds it. The lack of police presence and might to preserve the right of government to govern was in stark contrast to what faced Black Lives Matters protestors in the same place at another time.

The world saw the disparity.

For those in the USA who are awaiting a celebration like no other this month through the inauguration it was an affront. It was embarrassing.

The task facing Joe Biden and his team is to wipe the smile from the faces of all of the law breaking, petulant, privileged elite who bore arms against their country. The healing can begin on the 21st January but that must have a day of reckoning as part of the process.

To that end, impeachment may be too late as a process; prosecution, may not be.

Justice, thy time has come.