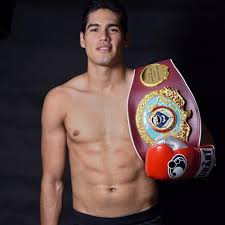 If 29-year-old Gilberto “Zurdo” Ramirez (41-0, 27 KOs), arguably already one of the top 25 Mexican fighters of all-time, has his way as he enters his prime years, he will eventually have a mega-showdown with fellow countryman Saul “Canelo” Alvarez (54-2-32, 36 KOs) before making their way to the Hall of Fame.

“Anything is possible, and it’ll be great for fans if a fight for me against ‘Canelo’ happens,” Ramirez said. “With two Mexicans in the ring, you know it’ll be a war from round one. We’ll see what happens in the future.”

The WBC recently ordered No. 1 rated Ramirez vs. No. 4 Browne. Team Zurdo and Team Browne have until February 5th to work out a deal before it goes to purse bid. Ramirez is promoted by his own company, Zurdo Promotions, while Browne is represented by PBC.

“I never look past any fight,” Ramirez noted. “In this sport, on any given night, the best man will win. All I can do is train hard and prepare myself to be my best for when the occasion arises. Brown, Bivol, Beterbiev or Canelo, it doesn’t matter who I fight; I always train hard to make sure I’m ready when the fight is here.”

Ramirez became the first Mexican fighter to capture a world super middleweight crown in 2016, when the athletic southpaw thoroughly dominated defending champion “King” Arthur Abraham (44-4), winning each round for a 12-round unanimous decision (120-106 X 3) to become the WBO world champion.

Ramirez is off to the 5th-best winning streak to start a professional career in Mexican boxing history behind four Hall of Famers: his idol Julio Cesar Chavez (87), Carlos Zarate (52), Ricardo Lopez (47) and Marco Antonio Barrera (43).

The dream match for “Zurdo,” of course, is down the road against Canelo. How about having it on Cinco de Mayo or Mexican Independence Day?

Between then and now, however, Ramirez needs a career-defining victory against a primetime opponent such as Beterbiev or Bivol to set the stage for a Canelo showdown.

“We’ll see if he’s (Canelo) able to do it again (fight as a light heavyweight),” Ramirez added. “He’s already fought at that weight once (light heavyweight) and I don’t see why it should be a problem unless it was a fluke. But I do understand he and his team will have to be a lot more cautious navigating this weight class, compared to the lower divisions, due to the higher risk. Also, we’ve been around each other before and even sparred. He knows I’m not just a Kovalev or a Callum Smith.

“It’ll (Canelo vs. Zurdo”) be an instant classic and a great way to showcase top-tier Mexican boxing to the world. I think fans will love this battle between Sinaloa (Ramirez) and Jalisco (Alvarez).”