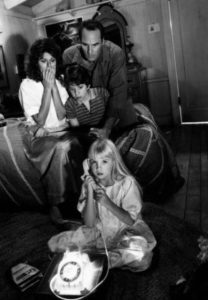 A documentary about the young actress, Heather O’Rourke, who is best known for her famous line “They’re Here!” from Poltergeist is currently in production. The biopic is being done in cooperation with Heather’s mother, Kathleen O’Rourke, sister Tammy O’Rourke, as well as her former co-stars and former school friends.

The project’s producers include Nick Bailey, the filmmaker behind the TV Pilot “Growing Up Hollywood,” and Brian Pocrass, CEO of 22 Vision.

Heather O’Rourke not only starred in all three Poltergeist films, but she was in an array of television shows like Happy Days, Webster, The New Leave It to Beaver, CHiPs, and Fantasy Island. She tragically passed away on February 1, 1988 at the age of 12 due to septic shock due to congenital stenosis of the lower intestine.